Nestled along the western slope of the Sierra Nevada Mountain range you can find the largest trees on the face of this planet. And the largest of those trees, the mighty sequoia, can be found in the Giant Forest. There are seventy-five locations along this stretch of the Sierras where one can find sequoias, but four of the five largest sequoias in the world are found in the Giant Forest. The largest measured tree is the General Sherman Tree, standing 275 feet tall, the trunk weighs around 1,385 tons,  its circumference at the ground is nearly 103 feet, and it is estimated to be around 2200 years old. 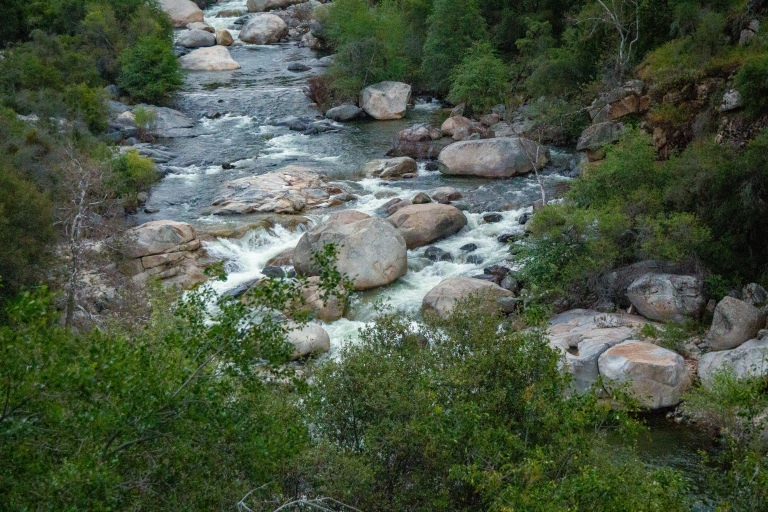 The headwaters for the Kaweah River are found in the Sequoia National Park, the second oldest national park in the country.

A tree called The Sentinel stands proudly at the gate to the museum and, although it is one’s first glance at a “large tree”,  it really is just average in the land of the Giant Forest, and right in this grove stand several larger trees.

This is May and at 6500 feet you still have snow lingering on the ground. The drive to the General Sherman tree takes you through a grove of Sequoias that are breathtaking, leaving you to think that there cannot be a prettier or bigger tree than the last. 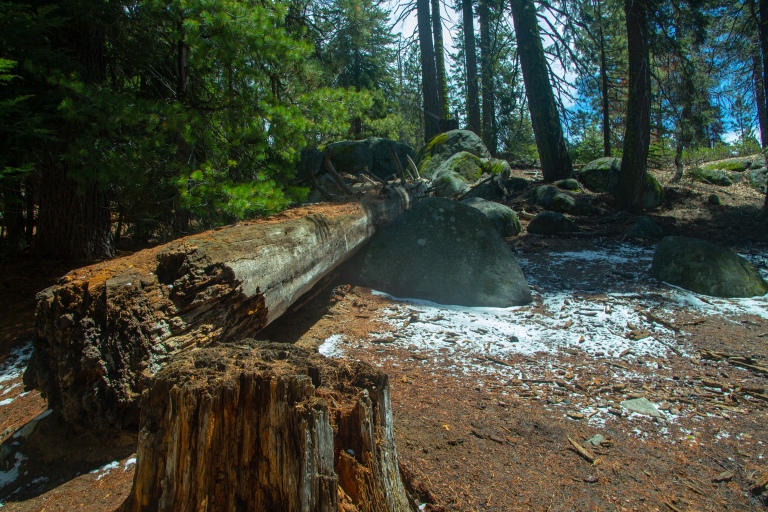 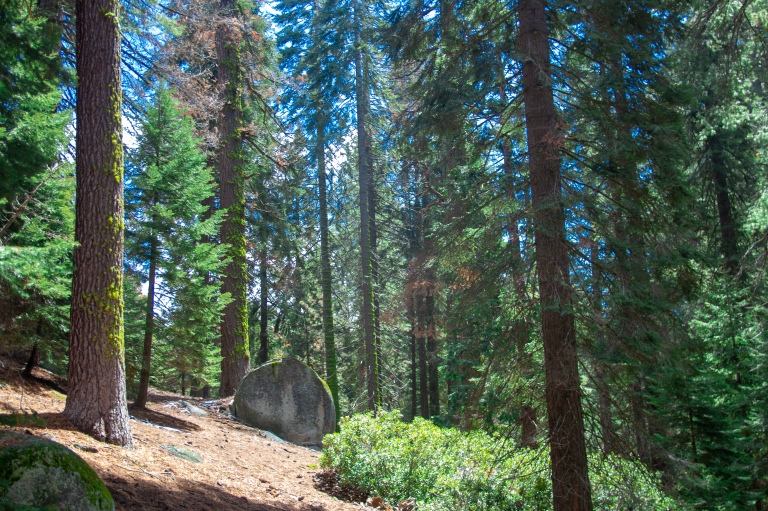 From the General Sherman Tree parking lot you can take an easy trail down about a mile to the tree thinking as I did that you have to negotiate the same trail up that doesn’t seem quite as benign as you pass heaving and panting folks who do not even lift their heads to acknowledge your cheerful greetings.  And this is the easiest hike in the Forest. 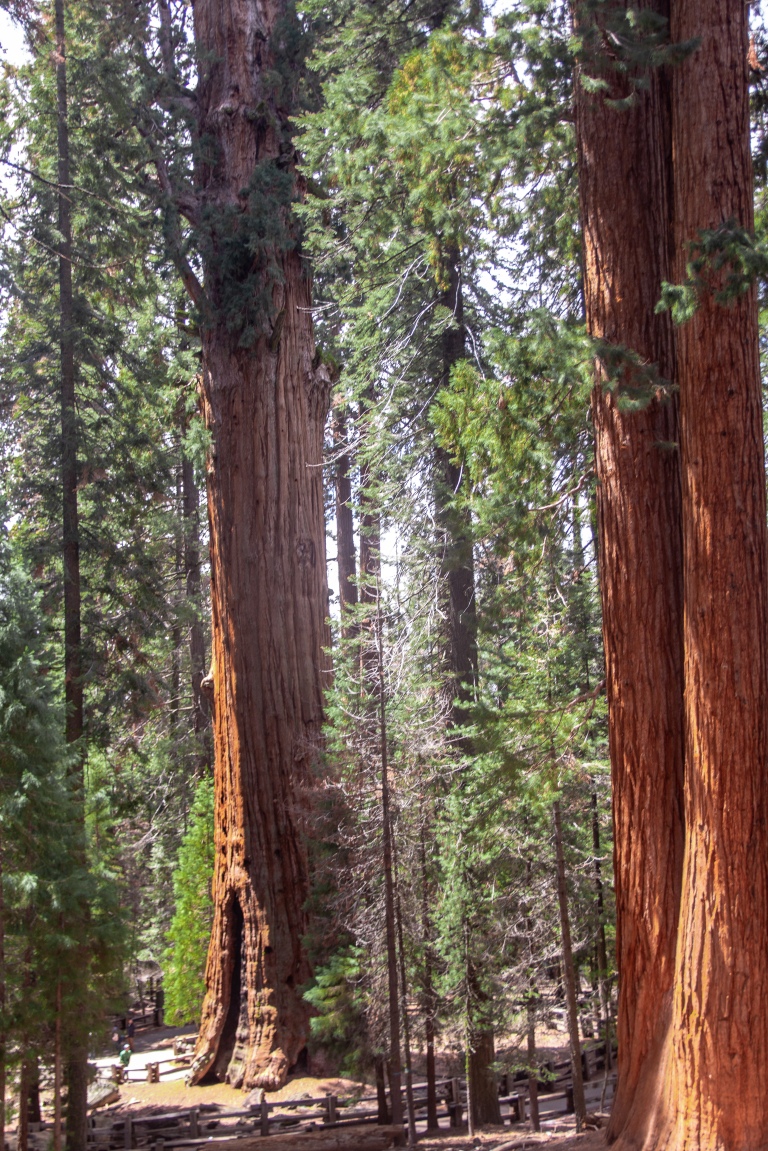 And then you’re there. Photos don’t do justice to the enormity of this tree and its neighbors. 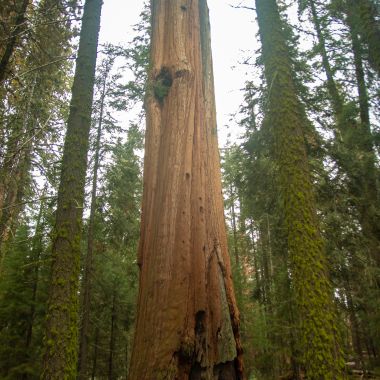 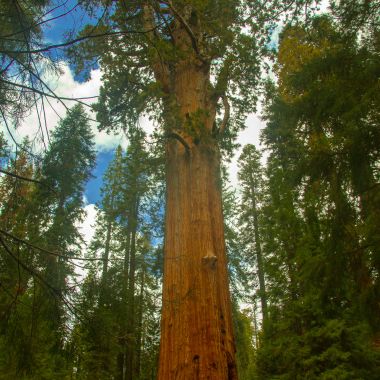 For those who have been to the Redwoods, which I thought were pretty damn impressive, here are a few comparisons. Redwoods can reach heights of 380 feet, the Sequoia goes to 310 feet. The Redwood gets as old as 2,000 years, the Sequoia lives to the ripe old age of 3,200 years. The Redwood will weigh as much as 1.6 million tons, the Sequoia goes for 2.7 million tons. The bark on a Redwood is 12 inches thick whereas the bark of a Sequoia is a nasty 31 inches thick which makes it all but immune to fire, especially since the branches are so high up. The branches of a Redwood reach five feet in diameter, the Sequoia stretches to eight feet. And finally the base of a Redwood can get to 22 feet in diameter as opposed to a base of as much as 40 feet in diameter for the Sequoia. No contest, except each species has its own personality and beauty that stand on  their own and the land of The Giant Forest framed by blue skies and a peek-a-boo sun is a tableau etched into your memory. 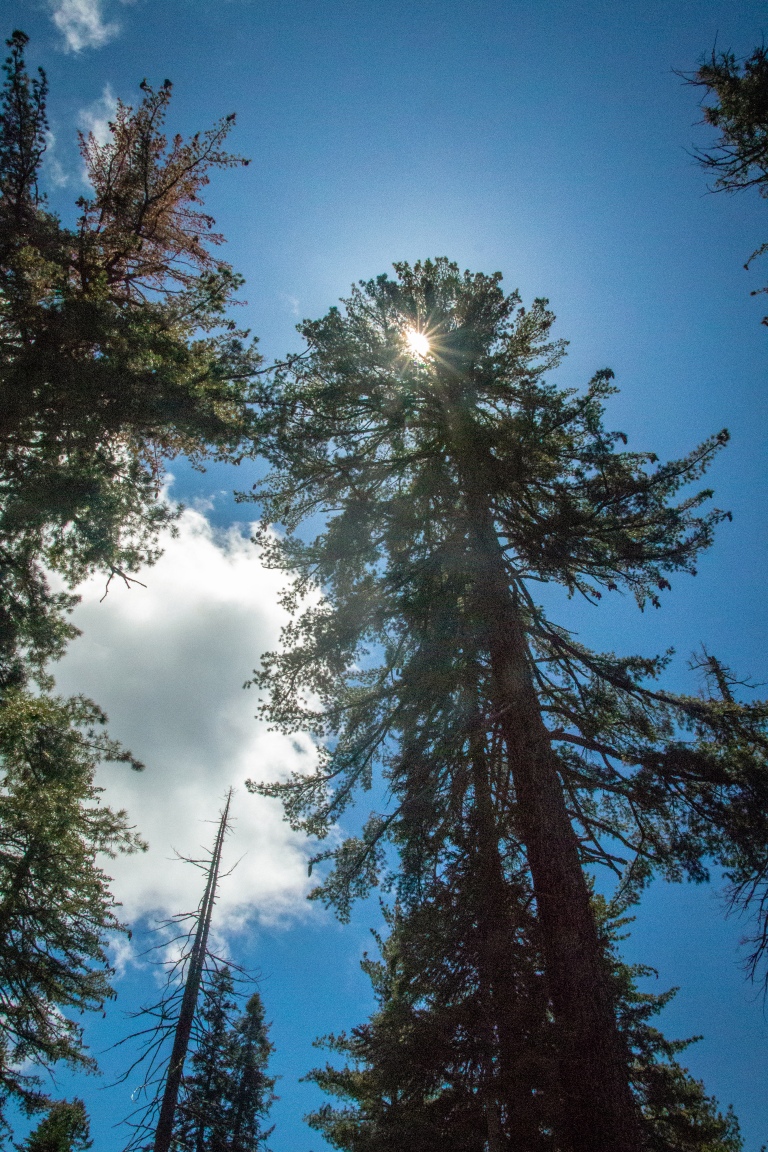 I got myself a portable smoker from Traeger Grills, large enough for a couple of slabs of ribs, or a butt, or a brisket, yet compact enough to fit in one of the bays of the motorhome. It also doubles as a grill with the edge of a little smoke from the pellets but not needing the time of a true smoke. Great for steaks, chops and this delicious recipe, roasted sheet pan chicken.

One Reply to “The Giant Forest”