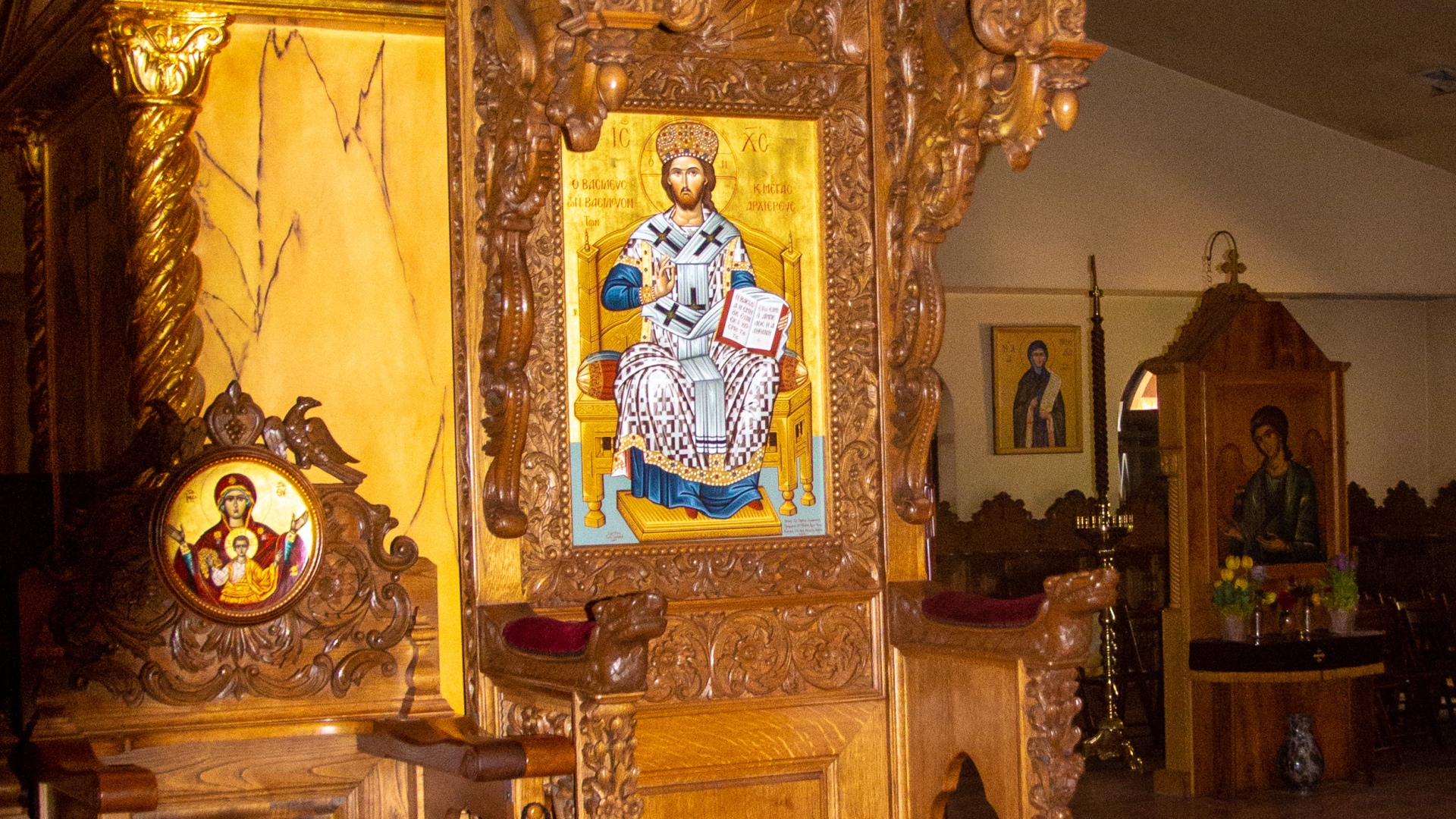 In 1054, an argument over a change to the Creed enabled the Roman Church to establish supremacy over the other churches. We know how the West further splintered over the years and centuries to give birth to the rise of Protestantism and other “religions” further diluting the original and pure Faith of Christ that the original Apostolic Church based its  Creed upon. In middle Europe, Russia, Greece, the Middle East, the Balkans, and elsewhere, the “True” Church continued to flourish unchanged and today is known as the Eastern Orthodox Church, still strictly adhering to the beliefs, sacraments and teachings of the original church.

Okay. So how is this worth a blog you ask. Well, out in the middle of the Sonoran Desert, about 65 miles north of Tucson and 75 miles east of Phoenix, lies St Anthony’s Monastery, an enclave of beautiful buildings and grounds named after St. Anthony the Great (ca 251-356) known as “the father of monasticism”.  Six monks were dispatched from Greece to establish this monastery in 1995, and from a barren desert created not only the main church building, St. Anthony’s Church, but also another four chapels dedicated to various  Orthodox saints, all surrounded by beautiful grounds, orchards, and vineyards that all help support the mission. There is a piety throughout the enclave, mixed with a serenity and peacefulness amazingly found only an hour from two major cities.  There are few tourists here and a lot of soul.

St. Anthony’s Church was the first building, built in a traditional Byzantine style, a domed basilica church. This is where the daily services are held and as you enter the church you are struck by the absence of pews as traditionally found in our churches of today as most parishioners stand during service in tall seats, sitting, or lounging, when they get tired. 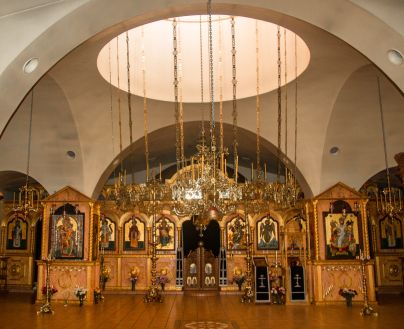 The main courtyard is located outside of this Church and leads to St. Nicholas’ Chapel. Dedicated to St. Nicholaus, the patron saint of sailors, this is another example of awesome Byzantine architecture. 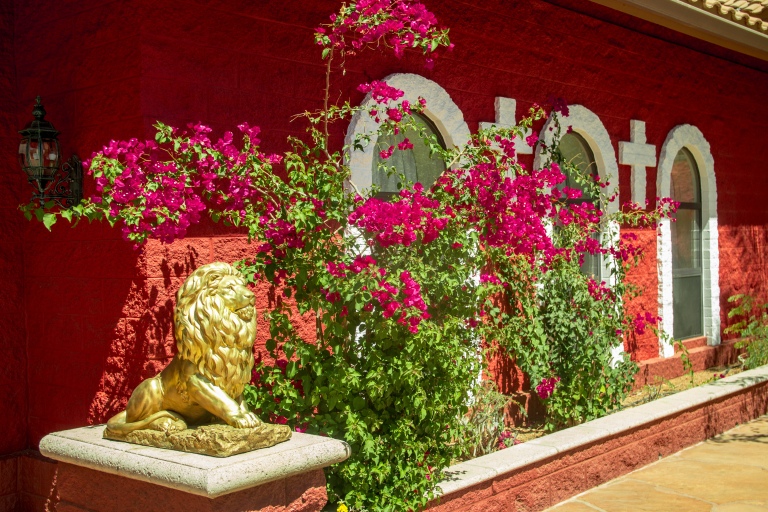 Next is the less Byzantine-looking Chapel of St. George, patron saint of Moscow, Georgia and England, who became a martyr when refusing the entreaties of Diocletian to reject christianity at the beginning of the fourth century.

St. Demetrios’ Chapel is dedicated to Saint Demetrius, the patron saint of Thessaloniki (in Central Macedonia, Greece), also martyred in the fourth century for his faith in Christ. This building is reminiscent of a Russian-style chapel with its golden dome.

Fountains and trees line a lot of the walks between the chapels. 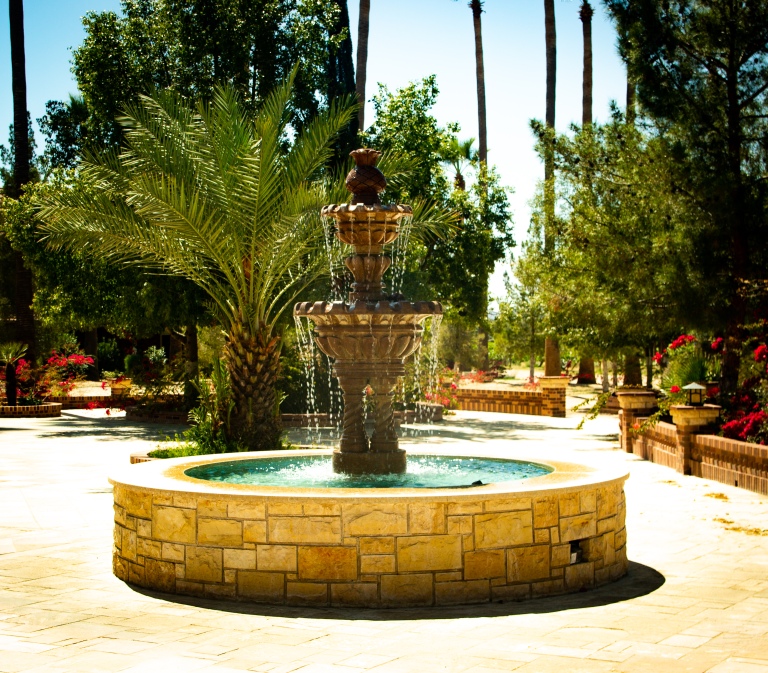 Women are required to be covered from head to toe and clothes are provided at the main gate for the duration of the visit. Men must have long-sleeved shirts. 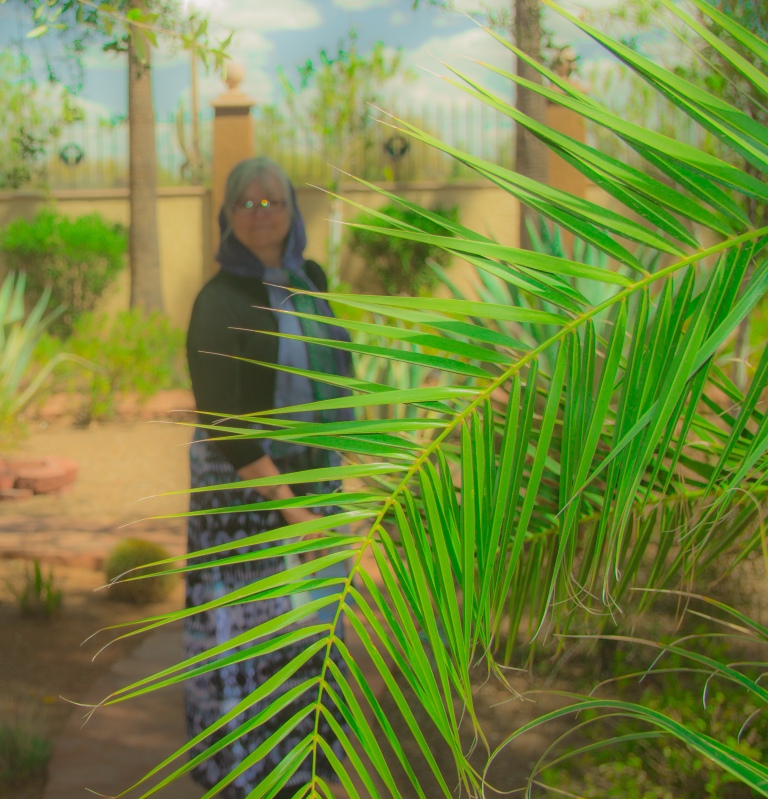 The Fountain of the Cross, set amidst a beautiful small opening of trees is famous for its three bar cross. This is a traditional Orthodox cross; the small bar at the top bears the inscription “Jesus the Nazarene King of the Jews; the second bar is for the hands that were nailed to the cross. The bottom bar is the board to which Jesus’ feet were nailed and is slanted because the thief who was crucified to Jesus’ right repented and was saved and went up to Heaven and the thief to Christ’s left  who refused to repent went to Hell. 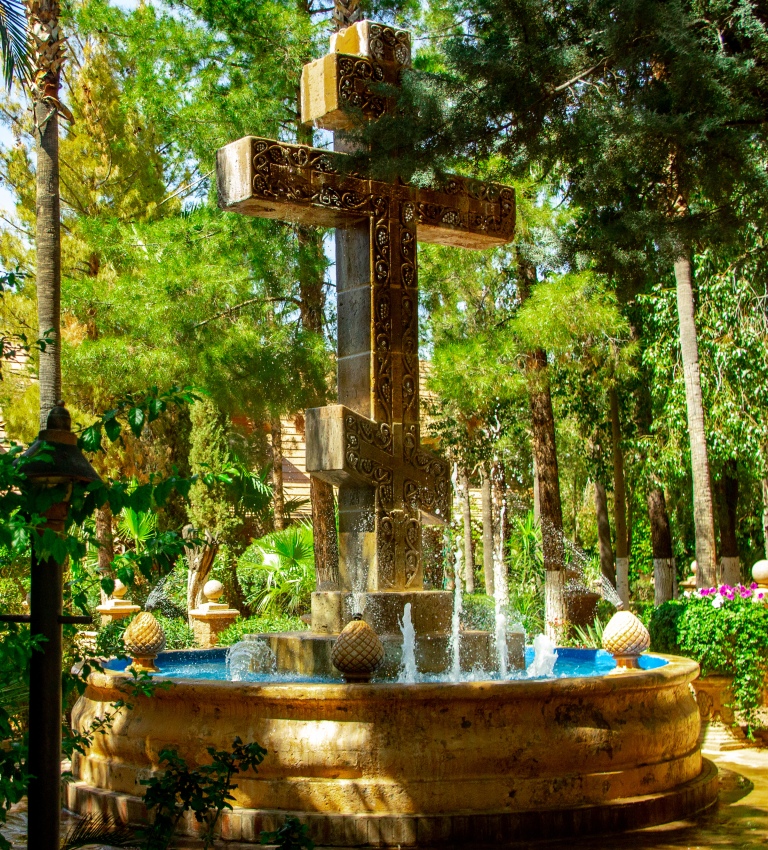 St. Seraphim of Sarov was probably the most revered teacher and shepherd of the Orthodox monastic life of the 19th century and many insights are attributed to him, the most famous probably being “Acquire a peaceful spirit, and thousands around you will be saved”. To the left of the fountain, the chapel is nestled amongst tall trees and is an outdoor, peasant, Russian style chapel. 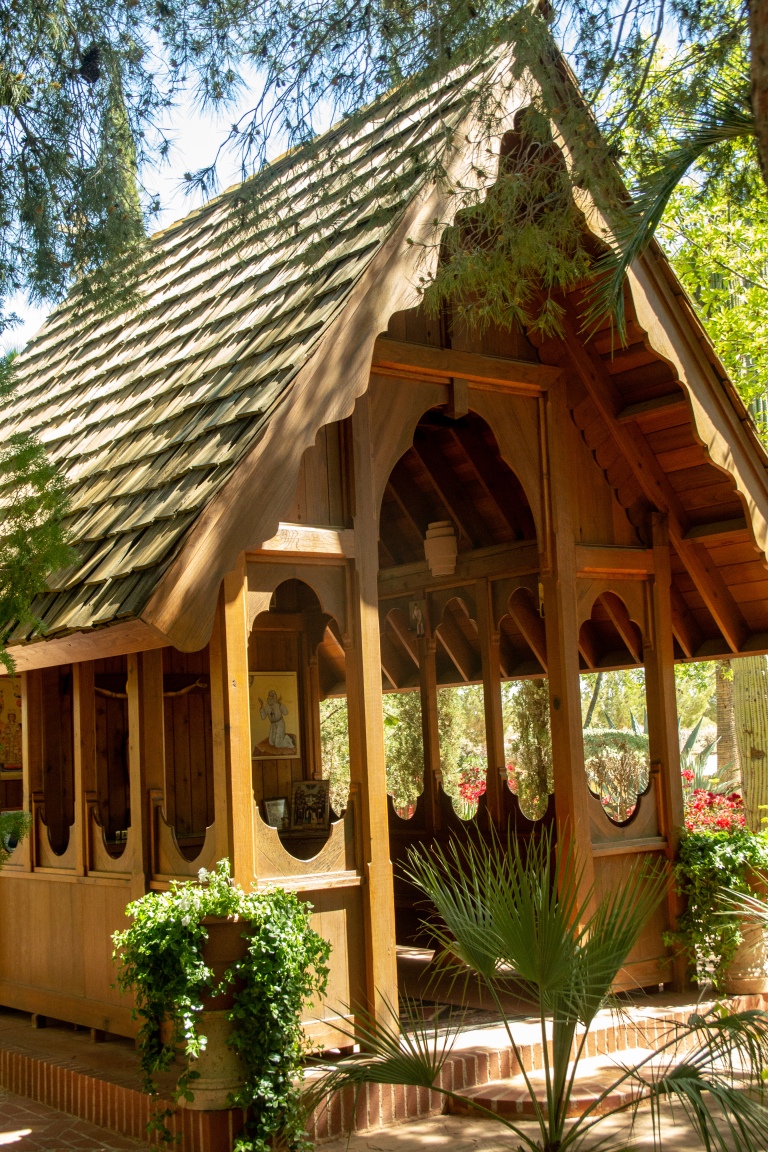 To the east of the grounds of St. Anthony’s on top of a hill sits the newest addition, the Prophet Elijah Chapel that can be seen from up to five miles away. On a lucky day this classical whitewashed chapel is framed by blue skies and epitomizes the peacefulness you find at St. Anthony’s. 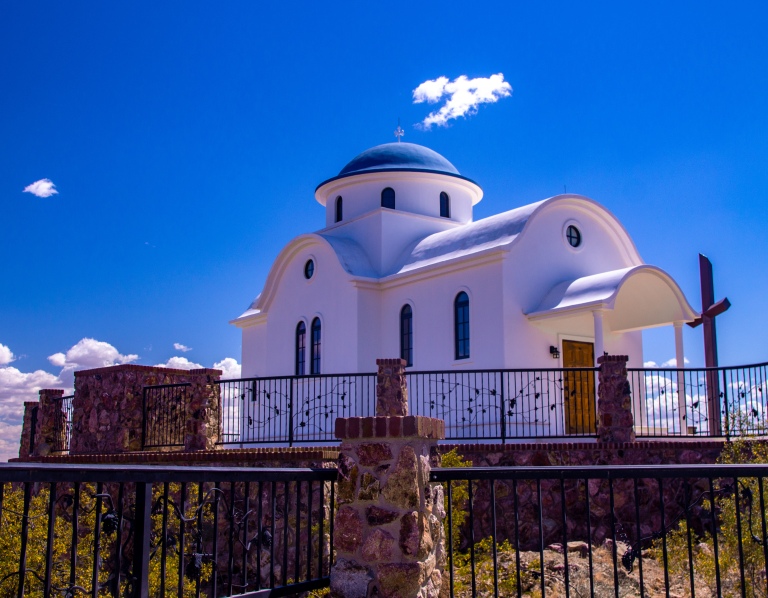 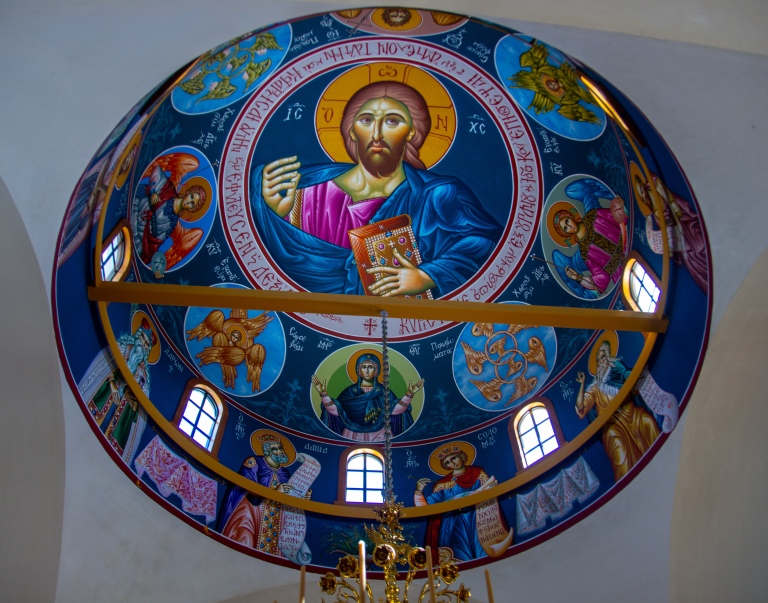 In sticking with my Greek theme I’m making  Greek Pasticcio, a meat and lamb Bolognese version of lasagna. Imagine sitting on a rooftop overlooking the Adriatic on a stunning bluebird kind of day, a bottle of Greek red wine such as Katogi-Strofilia Fresco Averoff Red, a favorite companion and a plate of Pasticcio to help you while away a languid afternoon. Ahh, the stuffings of dreams…

One Reply to “St. Anthony’s”