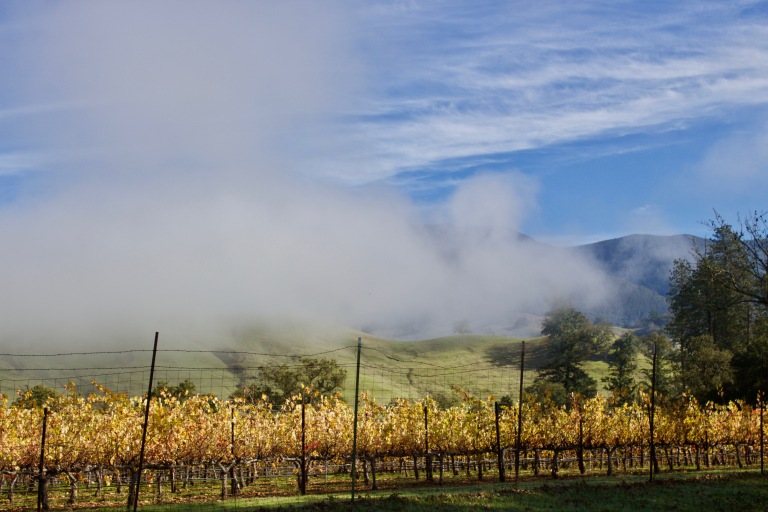 The early morning fog lifting in the Alexander Valley – a picture I took a couple of years ago as we were on our way to Sonoma and Napa for some wine tasting and buying. It was October then and this year we were back in the Spring and the valleys had different hues of green instead of the golden shimmering leaves of the vines after the “vendange”. 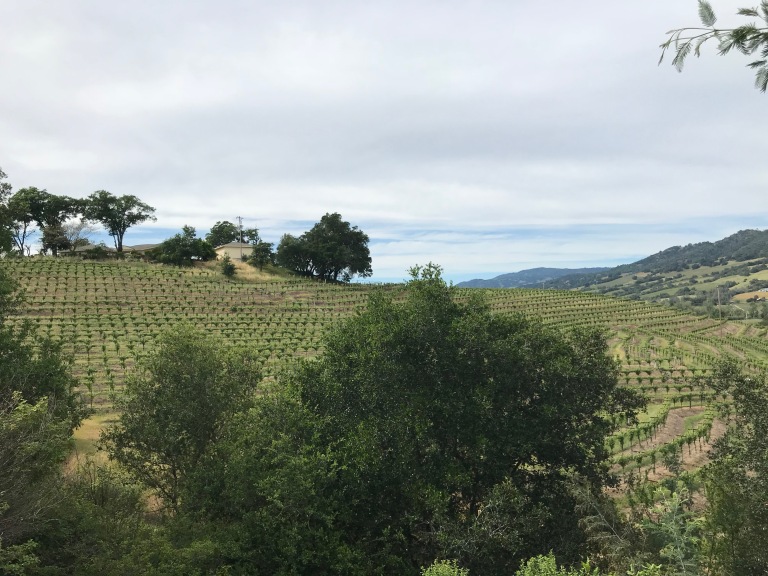 We first met “Cakebread” years ago in Las Vegas at the Bellagio. We had just finished a round of golf in sweltering high 90 degree temps and had planned on eating at Figs, a restaurant in the hotel (no longer there) that had been introduced to me by my sister Martha back in Boston. We were unceremoniously turned away I’m sure because we did look the worse for wear and told we might be able to get a seat at the hotel bar. We did, and as we were sipping a chardonnay and munching on a few “ameuse-gueles” offered by the barkeep,  we listened to Pavarotti make the fountains dance outside in the pools. Pretty heady stuff. When the bill came I made my own splash as the five glasses of wine we had came to a nifty $19.50 a glass. Math told me we had just had a $100 bottle of wine and we hadn’t even dressed for it. Ever since, Cakebread has been our “special occasion” wine and a must stop when in Napa. 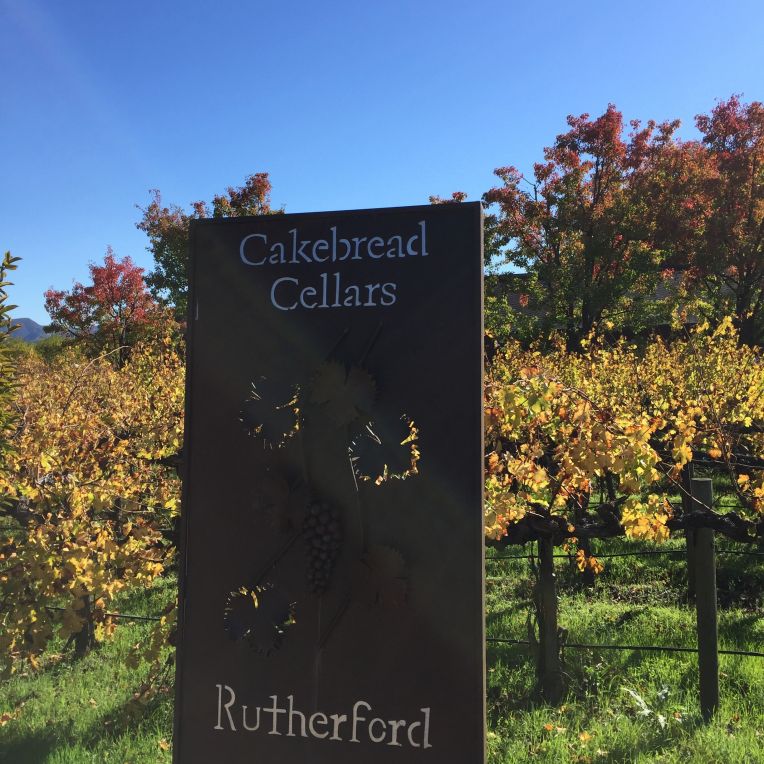 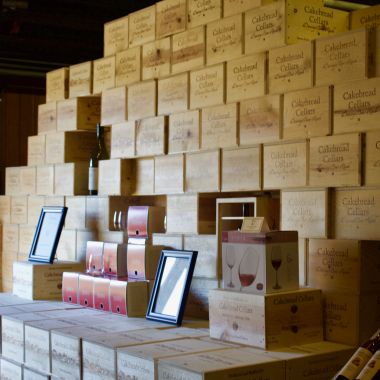 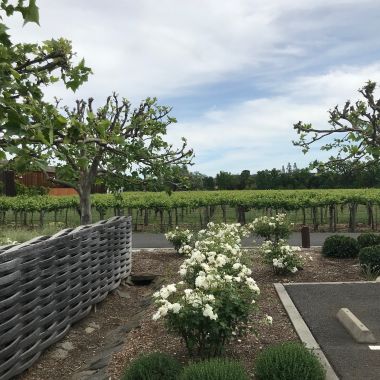 We stayed at a campground along the Russian River, quiet and peaceful and surrounded by hundreds of vineyards. 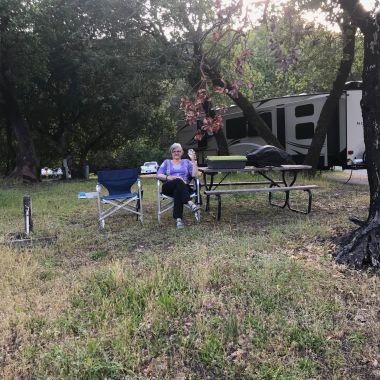 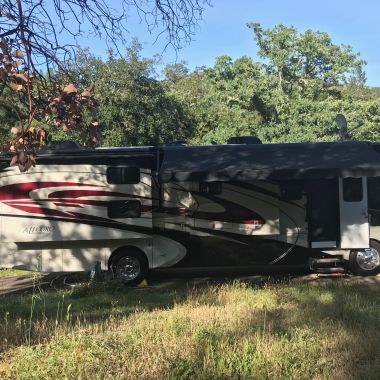 A little off the beaten track in Sonoma is a boutique winery called Benessere, an Italian venture specializing in classic Italian reds such as Sangiovesse, Moscato di Canelli and Sagrantino as well as non-Italian reds like Cabernet Sauvignon and Zinfandel. But our favorite was the Pinot Grigio, a crisp and refreshing wine, which we sipped as we sat outside under a covered patio overlooking the vineyards. 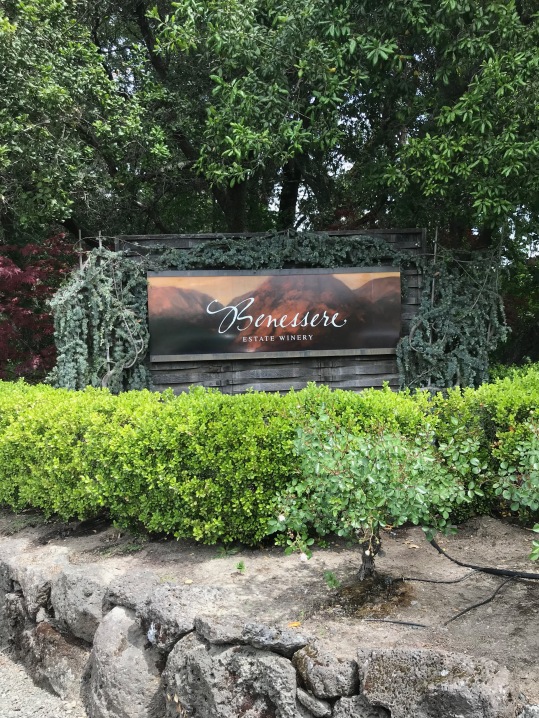 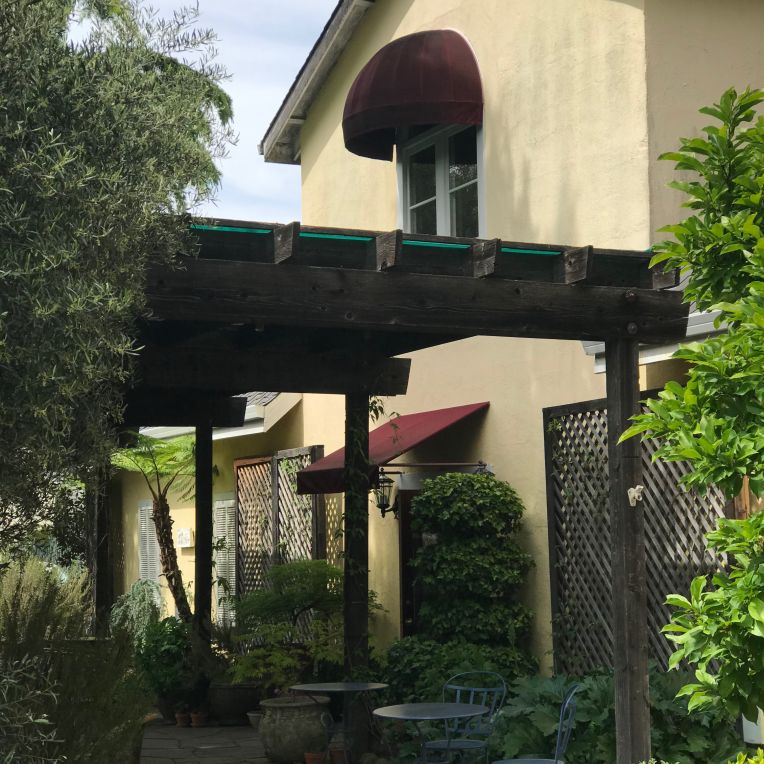 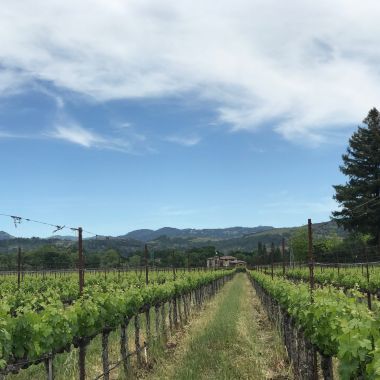 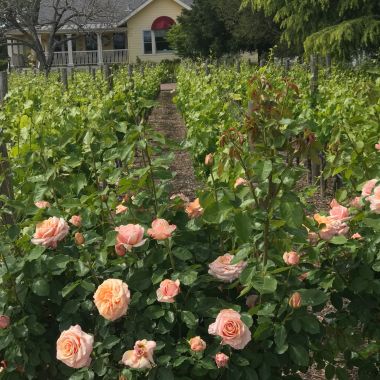 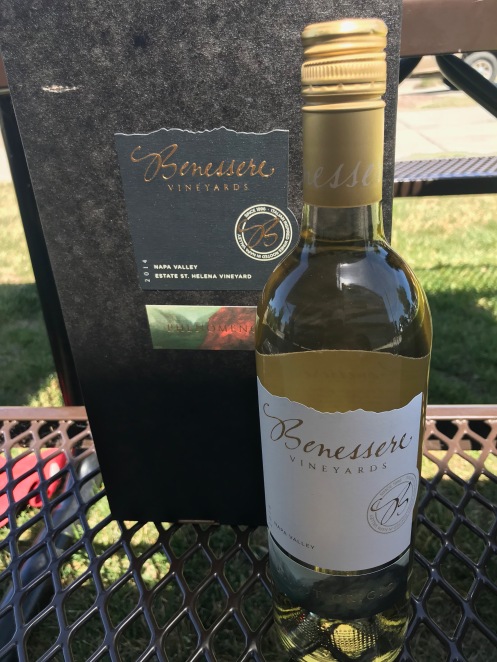 We try to find wineries that we have never heard of, not hard in this land of many vintages and certainly not hard for neophytes like us. On our way back to the campground we passed a beautifully landscaped entrance to a winery set amidst the rolling hills of the Alexander Valley. This was Stonestreet. 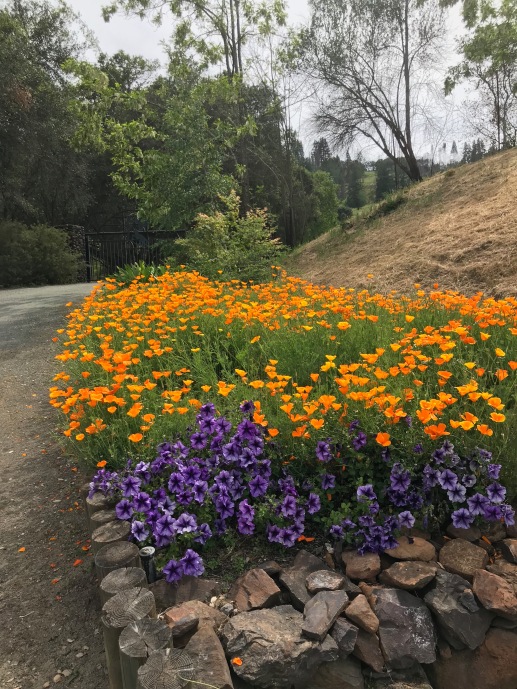 As I said, we are rookies at this wine game, my claim to fame being accused of drinking quantity and not quality as opposed to Jan, who rarely drinks but when she does she goes for quality, hence our affinity for Cakebread, and now Stonestreet. 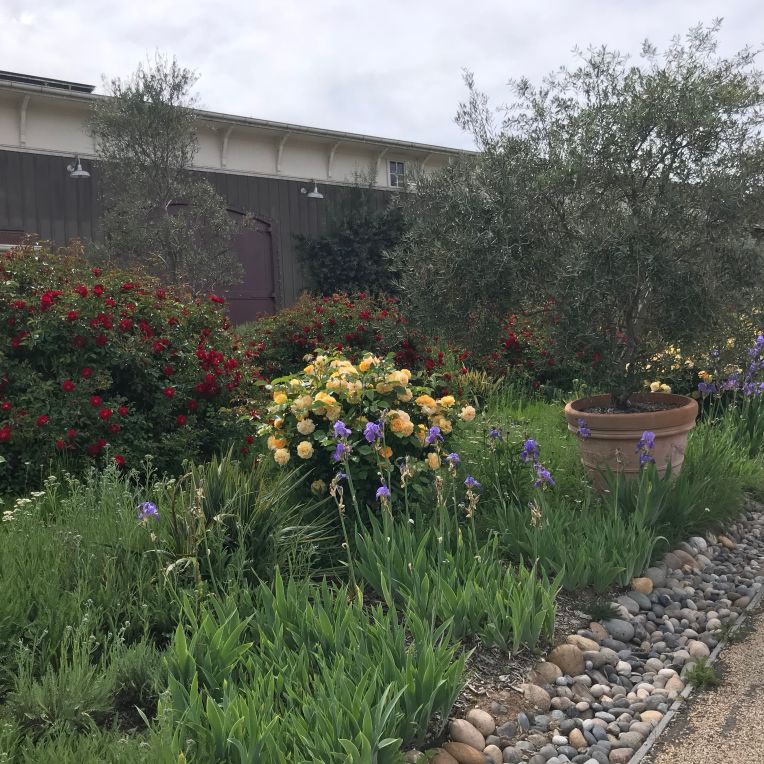 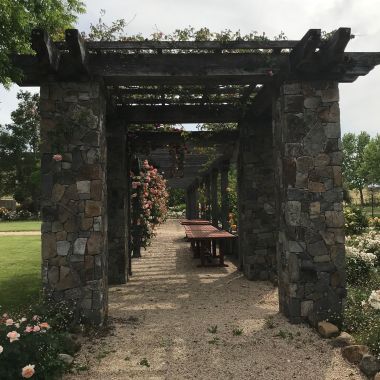 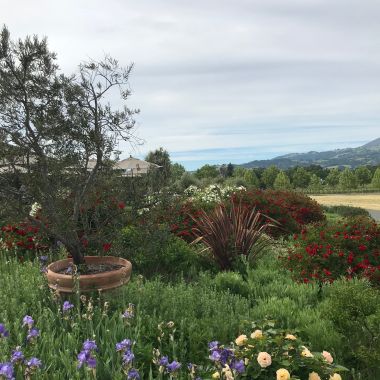 Set among 5,500 acres of hills ranging from 400′ to 2,200′,  Stonestreet is famed for its single-vineyard wines, focusing on Cabernet Sauvignons and Chardonnays. The grounds are as impressive as the views and certainly a complement to the delicious wines. This is another must stop on our growing list. 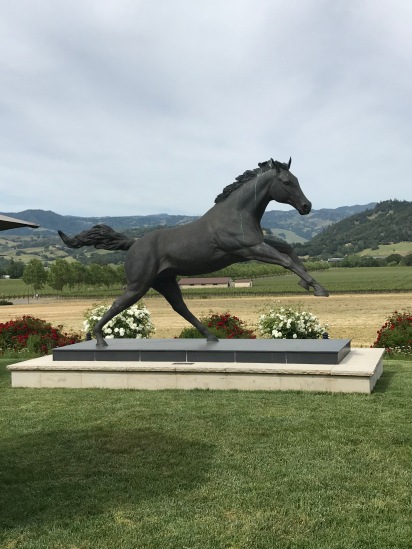 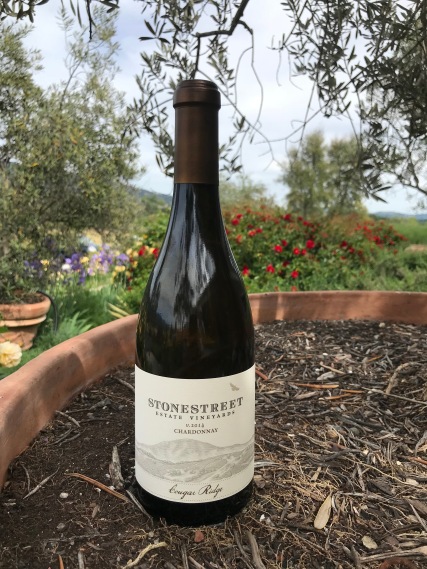 We spent the winter in Arizona where gas was cheap, a good dollar less than neighboring California and even more when using fuel points artfully gained at our local Kroger store. So as we left Arizona where gas was $2.29 a gallon, we were shocked, dismayed and rudely brought to an awareness of the expense of driving our type of vehicle through the Golden State, home to expensive single-vineyard wines. Gulp. Gulp. Back to quantity, not quality.

This price was at a non-branded gas station back in late April in northern California. We couldn’t get through California quick enough. However, we did take the time to stop in on Cyndi Jung, a co-worker of Jan’s at Broadcom back in the day. Cyndi has since moved on and now lives in Healdsburg plum smack in the heart of wine country. She is an avid cook, was born on the same day as me and can drink a good wine like the rest of us. We had a great dinner with her a couple of years ago and dinner this year was no exception.  Cyndi thinks like we do, our conversations are lively and and pointed, and we all love food and the prep that goes into it. The following is a triple header recipe post starting with a brined pork loin with onion, raisin and garlic compote, accompanied by steam roasted potatoes with oregano and lemon, and a side of roasted asparagus with pesto. Cyndi – this was good!

One Reply to “Wine Country”