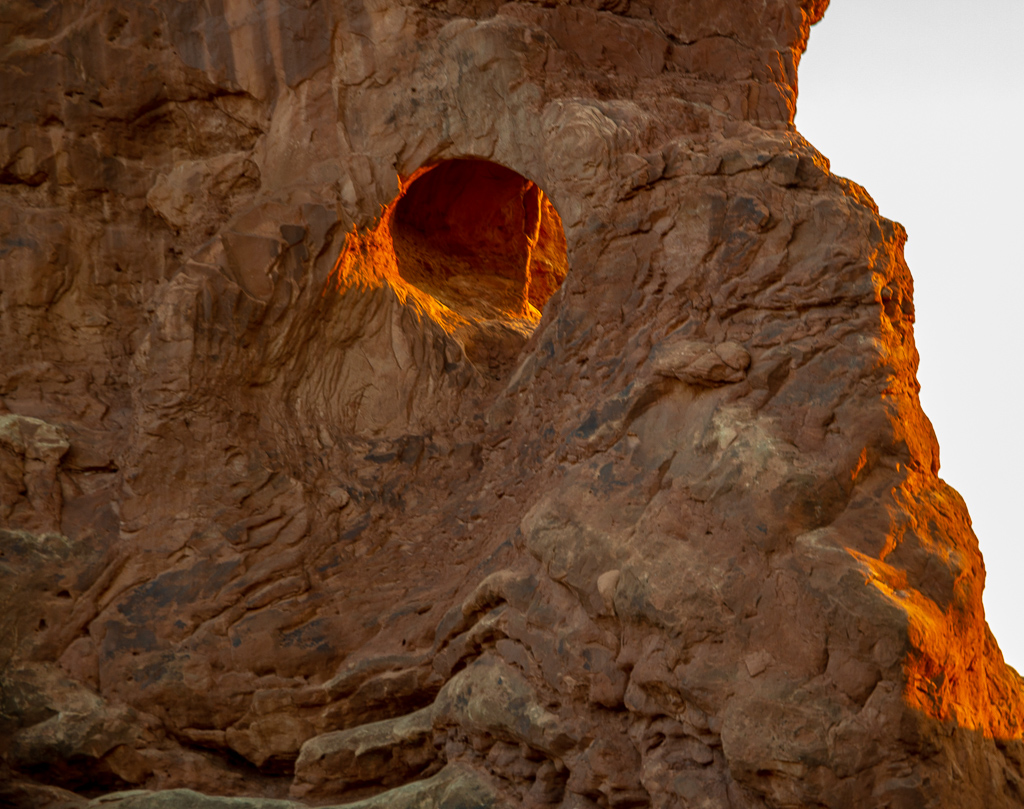 Southern Utah, at any time of year is a unique, iconic destination full of color, majesty and imagery quite alone in the travel world. There are seven National Parks in Utah and three of them lay close together. Arches and Canyonlands are found just steps from Capitol Reef and beckon the hiker with the promise of images that one will not find anywhere else in the world. Arches can lay claim to some of the most beautiful scenery in Utah. Built on a bed of ever moving salt,  with constant exposure to water, ice, extreme temperatures and 100 million years of erosion, severe climate change has contributed to the landscape found in this National Park. Arches NP contains over two thousand arches, from a three footer, minimum size to be considered an arch, to the majestic Landscape Arch that measures 360′ from base to base. 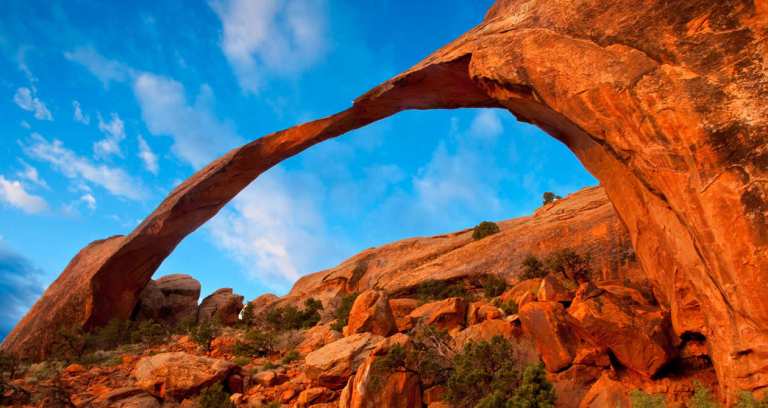 There are hiking trails to most of the arches, some rather easy and some rather difficult.

The hike to Delicate Arch was rather brutal. A three mile hike with an elevation gain of 480 feet. Straight up, no shade and when we were there, (mid August) quite hot. But well worth the effort as you turn  a bend in the trail and there lies probably the most photographed arch in Utah, subject for a postage stamp and an image for one of the license plates of Utah. 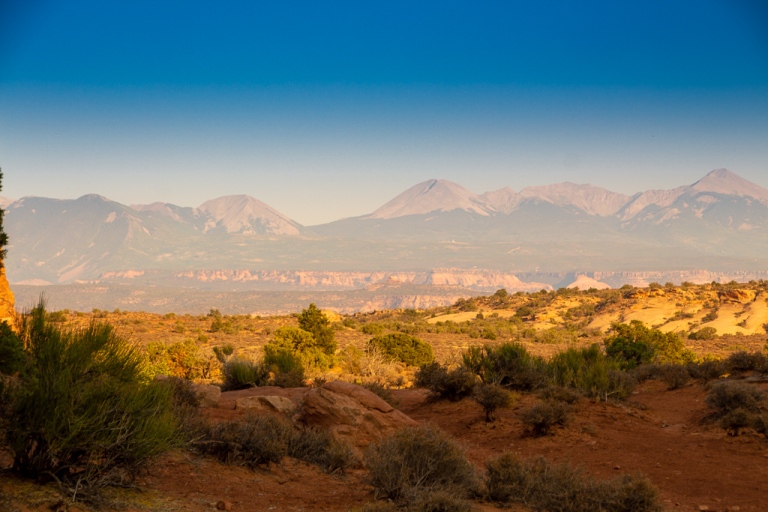 The Windows Section of Arches NP lays claim to the most arches in the park, with three of them being South Window, North Window and Turret arch, all three a gentle one mile hike from the parking lot to a small mesa where all three were easily photographed. We went an hour or so before dusk and were rewarded with some awesome shots as the sun settled to the West.

North and South Windows, an hour before sunset with a vibrant blue Utah sky.

Turret Arch with one of the smaller arches developing. 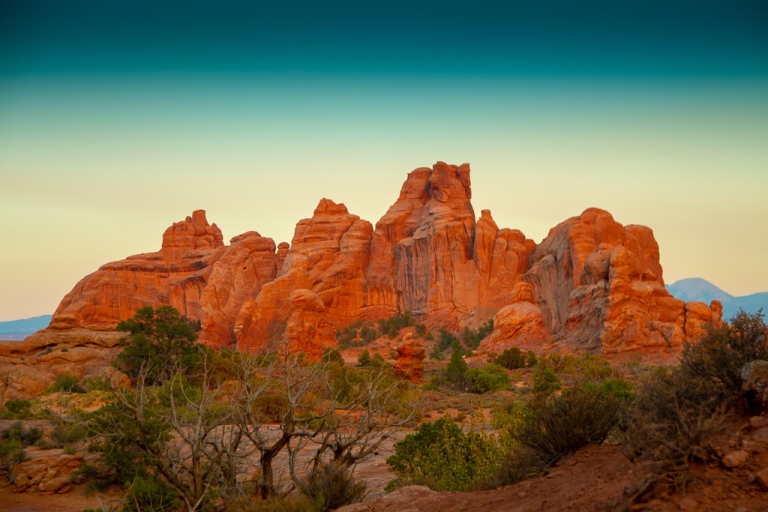 Another formation in the Windows as the sun is just starting to go down. As the sun settled, the rocks took on blazing hues of color. I hope the photos do some justice to the jaw-dropping beauty of the area.

Another one at sunset. 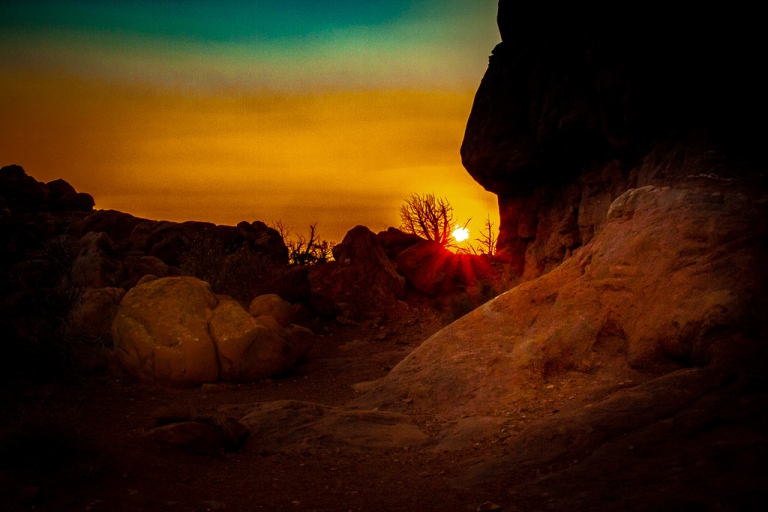 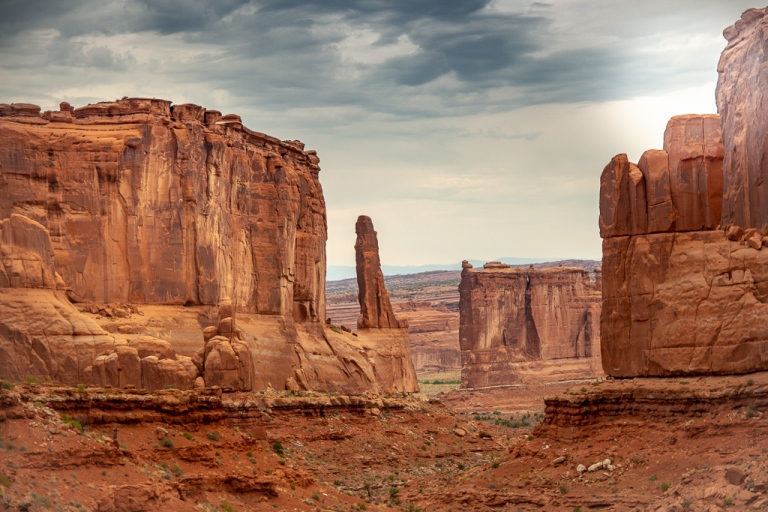 Park Avenue is a trail that leads you down a small slope to a canyon floor and a trail that goes for about a mile framed by balanced rocks and unreal formations. A series of steps through a canyon that typifies the evolution of these rocks that are created on an ever-shifting bed of sand that has evolved over a span of 100 million years. This was an early evening hike and just before a brief wind and rain storm. 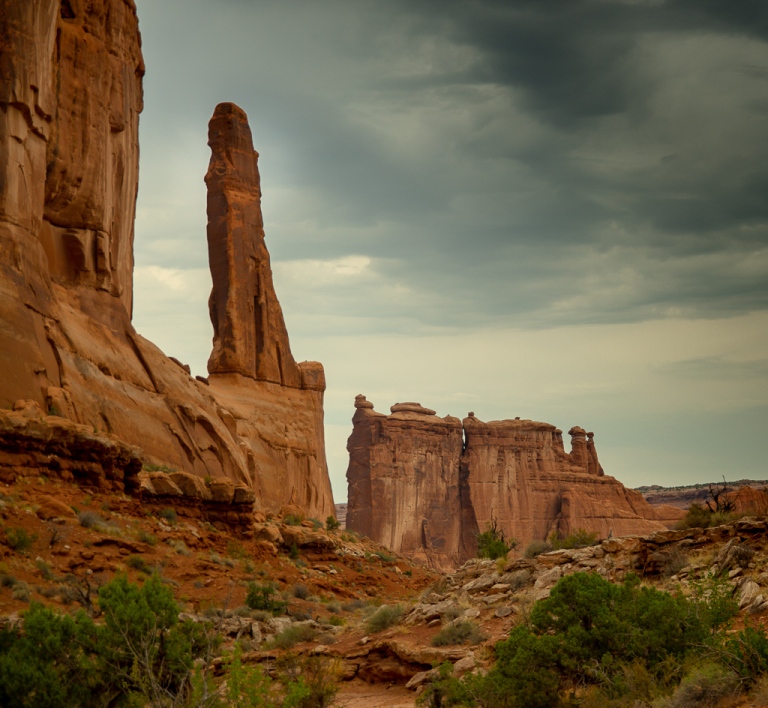 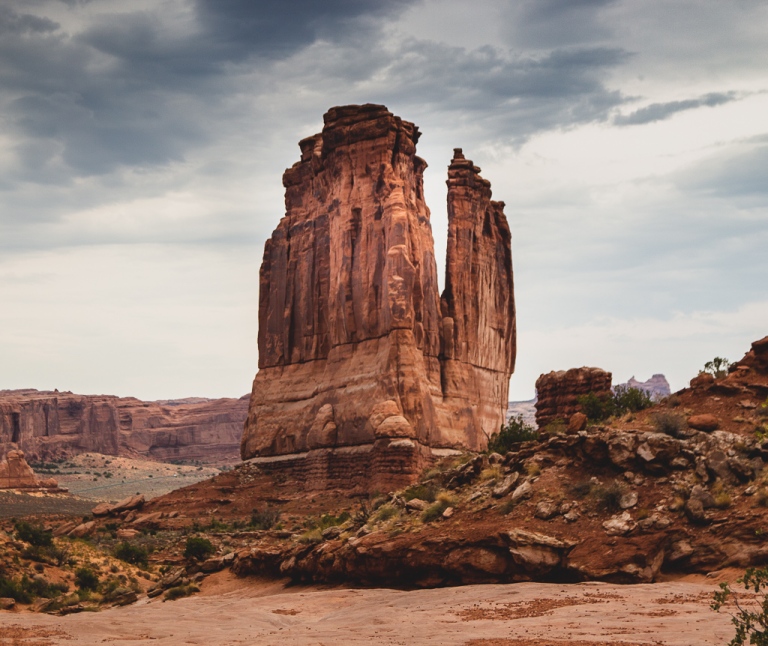 Great park with stunning views and a glimpse into what 100 million years of activity can do to a landscape. If there is one National Park in Utah that you should go to it is probably Arches.

We lived in Park City for a number of years, in the 80’s and 90’s before the place went nuts with growth and lost a lot of its charm. From Easter until America’s Opening, usually  around Thanksgiving, the town was empty save for the locals. There were any number of watering holes, dive restaurants, a few upscale eateries to whet one’s appetite,  and an irreverent brewery run by a catholic who named a lot of his brews after the Mormon base, such as Polygamy Porter. And there was Szechuan, probably the best Chinese eatery in Utah (open for debate), located on Main Street at first and then relocated out to the Junction. My son Josh worked there for years, Jake tried a couple of weeks of labor and Andy just ate there, as did we all. Everything was good, damn good, but my favorite was the crispy sesame beef – never been able to find it as good anywhere else in this country. So, every year in our journey we include a stop in Park City and a couple of meals with Wendy.  If you get there, tell Wendy that Jeremy and Jan sent you. You won’t be disappointed and you have to try the crispy sesame beef.