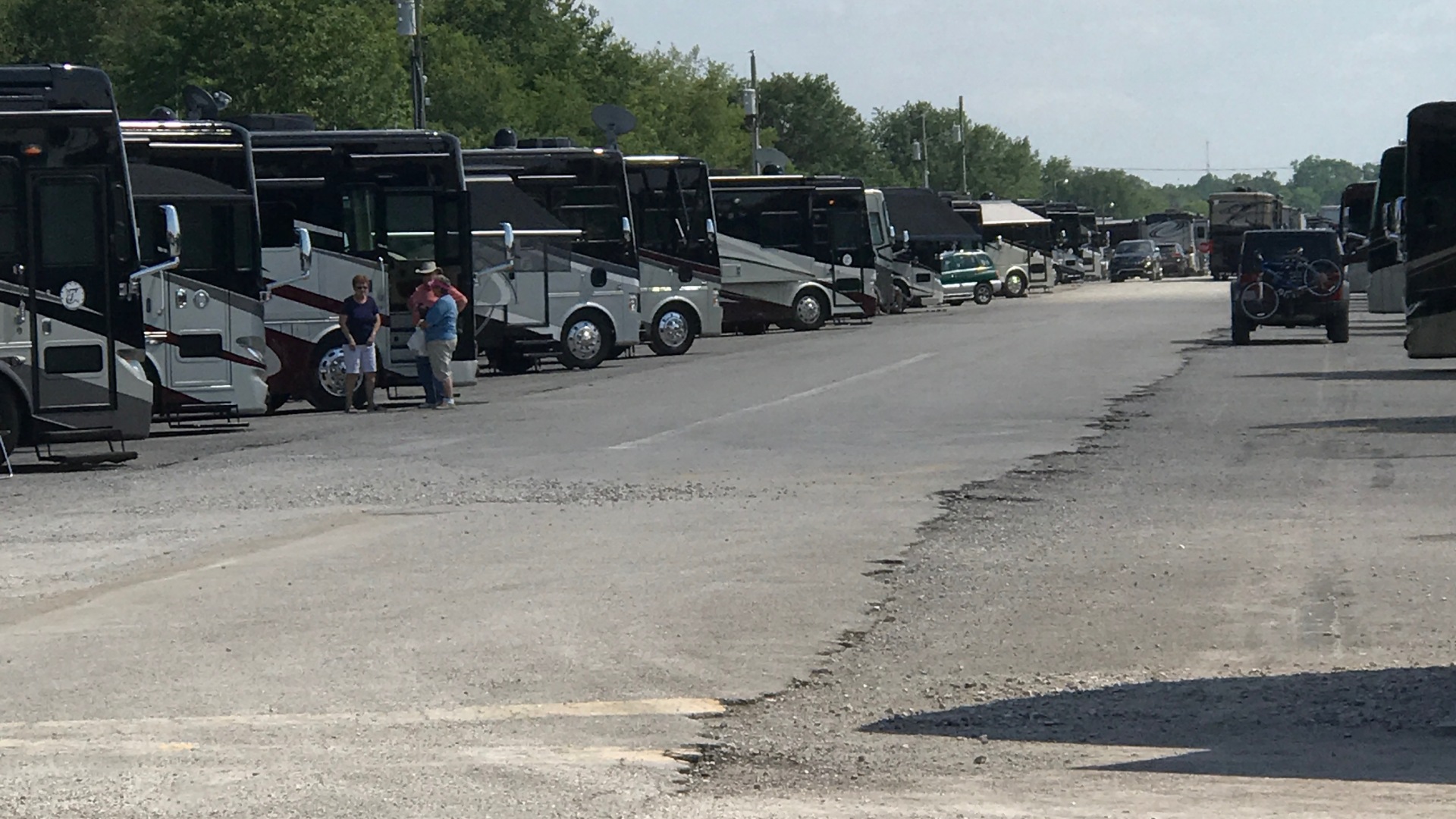 Red Bay is home to Tiffin Motorhomes who made our coach and which is also located conveniently miles from anywhere. People who own Tiffin coaches have heard of Red Bay, and indeed, it is a rite of passage, much like Communion or a Debutante Ball, that Tiffin owners make their way to Red Bay for repairs on their motorhomes or just to say that they have been to Red Bay. Others have no reason to go there or even to have heard of the place.

Located in rural northwest Alabama, minutes from the Mississippi line, Red Bay has two industries in town, Tiffin Motorhomes and Sunshine Mills, a pet feed factory that has called Red Bay home for over 50 years and supplies pet owners globally a variety of brands of pet food. All this is to lay the image of the town, a dusty, quiet and smelly part of the world. 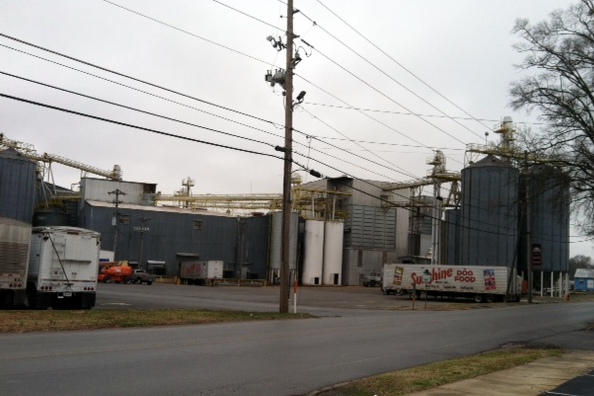 One can go to Red Bay to get their motorhome repaired but it is on a first come first serve basis. They take no reservations and depending on the extent of the work needed, it can take up to two weeks to get your service completed. We had a number of minor problems that needed attention but the big thing was that the leather on our dining settee was cracking and peeling. Tiffin, to their credit, stands behind their products, even when warranties have expired and Mr. Tiffin assured us we would be happy campers. The drawback was we were in a line of over 150 motorhomes waiting for service and they had to rebuild the entire dinette and could give us no timetable for service, only saying we had to be by a phone and ready to move to a stall in the service bay with 20 minutes notice. This is one of four rows of coaches waiting for service. Dusty and hot. 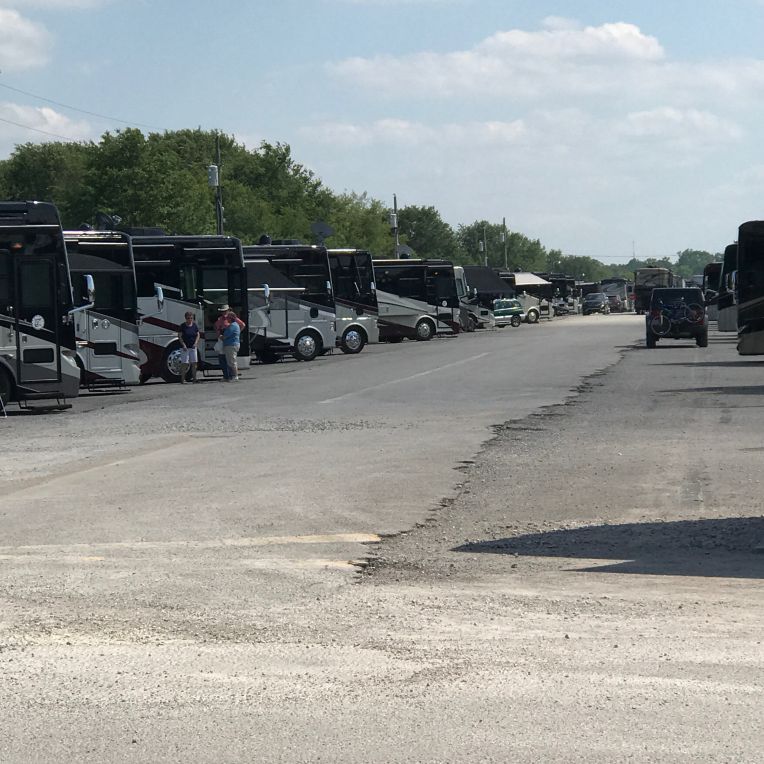 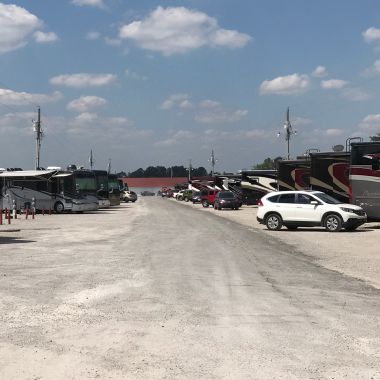 There was no way we were going to hang in a dusty parking lot and fortunately, or unfortunately, we were there over a holiday weekend so we were guaranteed not to be called for three days. Which led us to what the hell were we going to do…  We did a factory tour of Tiffin one day which really was quite fascinating as we saw the homes being built from the chassis up and then carted off to a nearby town for painting and graphics. We met several people who were there religiously every day watching their motorhome proceed down the line. Twelve motorhomes are finished every day, and every one of them has been sold to either private parties or dealers.  Not a bad gig.  So – what else is there to do? You’re not going to believe this…

Yep! One of the nearby attractions!  Located even further into the hills of Northwest Alabama than Red Bay, you can find this place by veering off the Natchez Trace near Jasper or by venturing out from the town of Tuscumbia, located some twenty minutes away, on a desolate road to nowhere that starts out as a four lane road only to dwindle to a two lane road that seemingly is going quickly to no place nearby. Four miles down this road, with foreboding creeping up the small of your back, you make a turn and are greeted by this sign.  This is the real thing.  This is it.  You have arrived.

There is a circular drive where you can park and view the haphazard grave sites placed  unlike the neat rows of Arlington on the side of a small hill. Truth is that the cemetery was started in 1937 by Key Underwood who buried his prize coon dog Troop here, the spot marked by a simple headstone chiseled out by the bereaved Underwood. 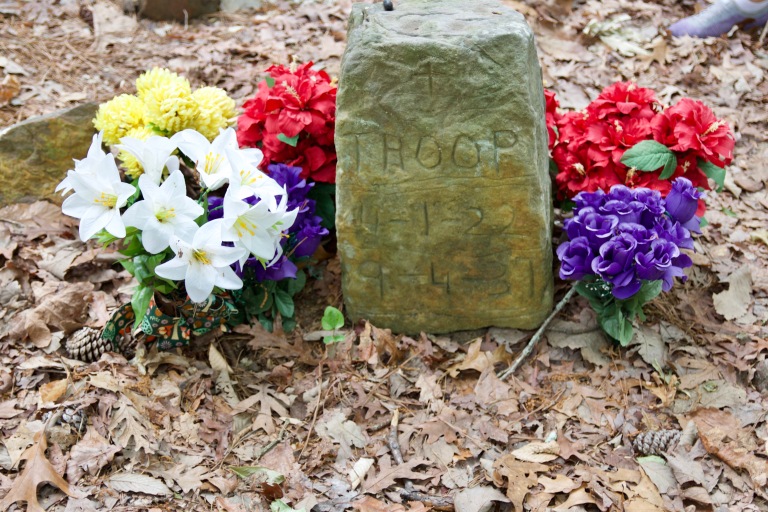 There are a very strict set of rules that govern whether your pet can be buried here including certification that the dog in question is really a coon dog, by an eyewitness who saw said dog in action and by a member of the Key Underwood Coon Dog Memorial Graveyard, Inc. who must be allowed to view the coonhound and declare it as such. One risks the chance of sounding flippant, but by the end of the self guided tour one appreciates the love these hunters had for their dogs, and the locale of their final resting places, bereft of any of the media and wired life we live in, is a totally fitting tribute to their lives.

So with the Coon Dog Cemetery under our belts, so to speak, we were off to the aforementioned Tuscumbia, which among other things, is the home to Helen Keller’s birthplace and site of her shrine.  Yep.  We were going to tour Helen’s birthplace and the shrine that was built in her memory.  I think I would rather watch the Cleveland Indians play baseball than to sign up for this tour, but my skepticism was not rewarded as we found Tuscumbia to be a delightful small town and the memorial an enlightening glimpse into the history of this most courageous woman.

Ivy Green, pictured above, was built in 1820 and survived through the Civil War intact and today is as close to resembling the  original house as possible. The two story clapboard where Helen was born also still stands as does the well that opened Helen’s mind as a 6 1/2 year old. Born healthy in 1880, Helen was stricken with a cruel illness that left her both deaf and blind at the age of 18 months. The ensuing five years were not easy for her or her family and she grew into a semi-crazed youngster that was hard to control or discipline. Groping for solutions, her parents took he to see the famed Dr. Alexander Graham Bell, and while he was unable to reach into the soul of this child, she was united with Anne Sullivan who would remain her companion off and on for decades to come.  It was Anne, with a young Helen at her side, by the old worn well-pump in the backyard with cool water pouring through her fingers, who opened the consciousness of Helen’s mind by tapping her hand over and over until Helen associated w-a-t-e-r with the cool flow over her hands. By the end of that day she had learned 30 words.

In six months, she had learned 625 words and had learned the basics of writing.  By the age of ten she had mastered Braille, learned to type and to speak well enough to be admitted to prep school and then to college where she graduated Cum Laude from Radcliffe. Her story is a source of inspiration to the millions of deaf and blind-deaf people throughout the world to whom she dedicated her life work.  Anne Sullivan, the Miracle Worker will always be remembered for dedication to this half-crazed young wild girl which enabled Helen to escape a world of darkness and become “America’s First Lady of Courage”. 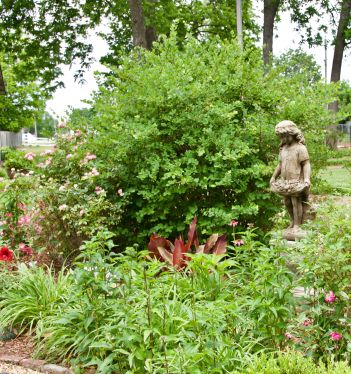 Okay.  Got that out of the way.  But it was ultimately a stop well worth taking and as always during this journey we are on, we learned something new and was reminded of something past.  Little gems. 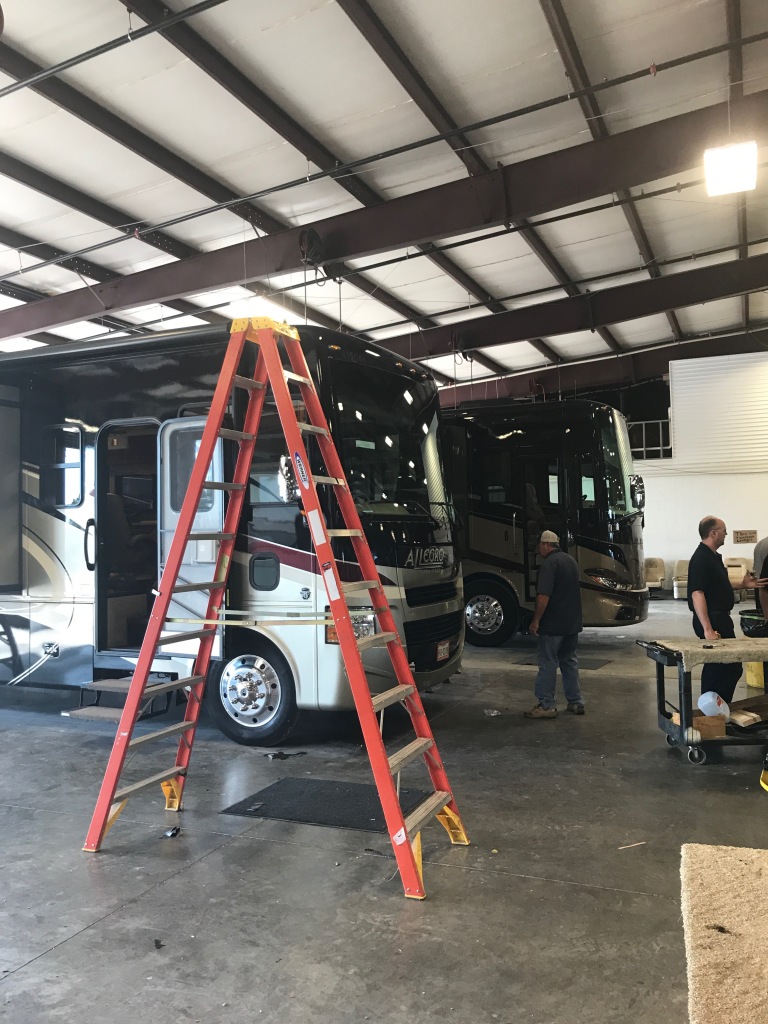 We ultimately got our motorhome into the shop and in four hours they had reinstalled the dinette and fixed all of our issues and we were on our way.  Very professional.

Of course, there is no Chinese market in Red Bay, nor in Tuscumbia, and I reckon the closest one is probably in Birmingham, some two hours away, so it is obvious that I didn’t get any of the necessary ingredients while we were camped at the Tiffin Hilton. But chicken thighs have become quite the rage, and this recipe, from Sam Sifton and the New York Times has all the required ingredients for a sugary and spicy meal cooked on your grill. Enjoy!