Founded in 1670 and named for King Charles II of England, Charles Towne as it was called back then, was strategically located on a swamp peninsula that laid between the Ashley and Cooper Rivers and was a natural gateway to the Atlantic Ocean.

Seawalls were built to protect the city from surging tides although to this day there is still some flooding when there is excessive precipitation . The walls provided natural sites for defensive weapons and the city slowly emerged as a major trading center where ships then laden with fruit, molassses, rum and sugar could be seen entering the sleepy harbor.

The African-American experience of North America traces its roots to Charleston which became a center for enslaved Africans for some 300 years. The Low Country was profoundly influenced by the culture, heritage, culinary and linguistic contributions made through the “Gullah” people and today ” the story of Charleston can only be fully understood by exploring the African-American influence on the area’s history, customs and traditions. The contributions of the enslaved population extended to every facet of colonial and antebellum life, both urban and rural”. That influence and culture slowly spread to the rest of the United States and would become trigger points for several monumental events in our country’s evolution.

You walk historic Charleston, or you take historic horse-drawn tours carriage tours as in this photograph from Kate Cosby of the NYT. And as you do you cannot help but think back to those days when the women wore fancy dresses and wide-brimmed hats and walked the cobblestones of antebellum Charleston.

We walked – twice. Once on a guided tour of the historic downtown and once on our own doing downtown again and working our way out to the Battery and back towards town along the East Battery with its antebellum mansions.

This is the Roper House built in 1838 and is located along the East Battery. The first house to be built on the east side of the harbor, the home was built for Robert William Roper, a cotton grower of some considerable wealth, and it enjoyed unobstructed views of the harbor and James Island beyond.

East Bay Dr in the South of Broad area is probably the most expensive area for homes with prices ranging from 2 million to north of 20 million! Homes date back to the early 1700’s.

The Heyward-Washington House, from around 1772, Thomas Heyward Jr. was one of four men from South Carolina to sign the Declaration of Independence.

The DuBose Heyward house is a National Historic Landmark and was where DuBose wrote the famous opera Porgy and Bess, an anthem to southern African-Americans.

The Russell-Dehon Tenement, built around 1780, is a wooden single house with a closed gable roof on the west side and piazzas on the south side. Currently listed for sale at $1,895,000. 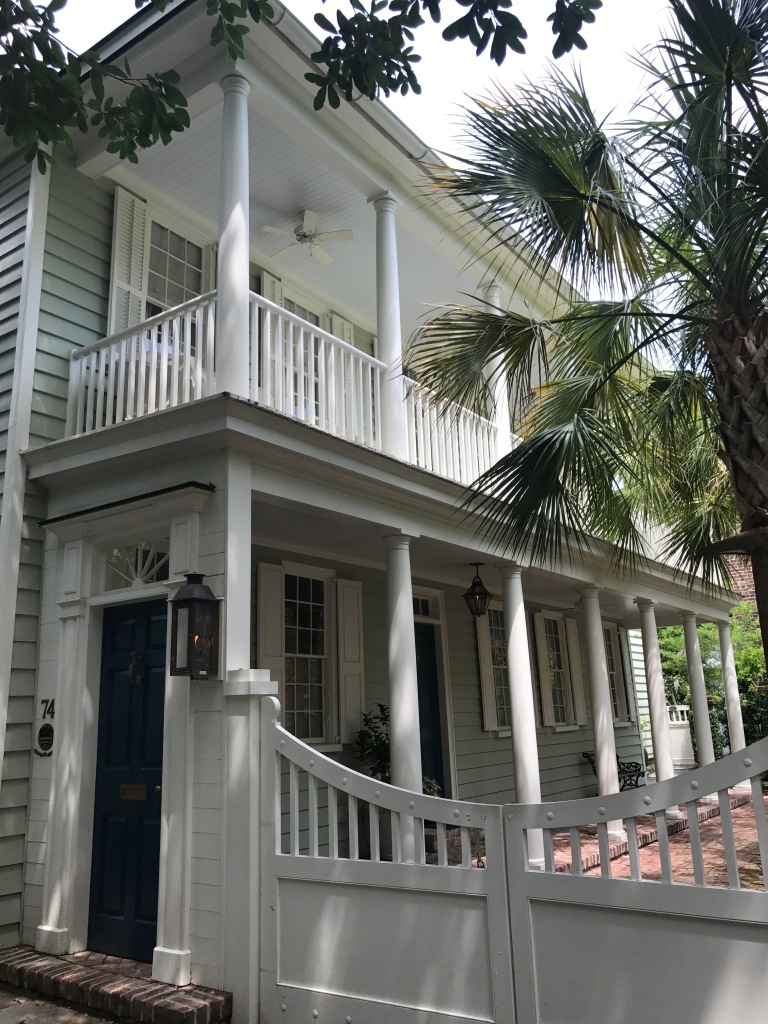 The Thomas Rose house was built in 1733 on land that was owned by his in-laws. Allegedly the ghost of Dr Joseph Ladd Brown, a later owner of the house, still rambles the home, his death the result of a duel in 1786.

The Palmer house, one of the most photographed homes in Charleston, built in 1847. It remained a private residence until the 1970’s when it became a bed-and-breakfast. One of the iconic mansions along the Battery. 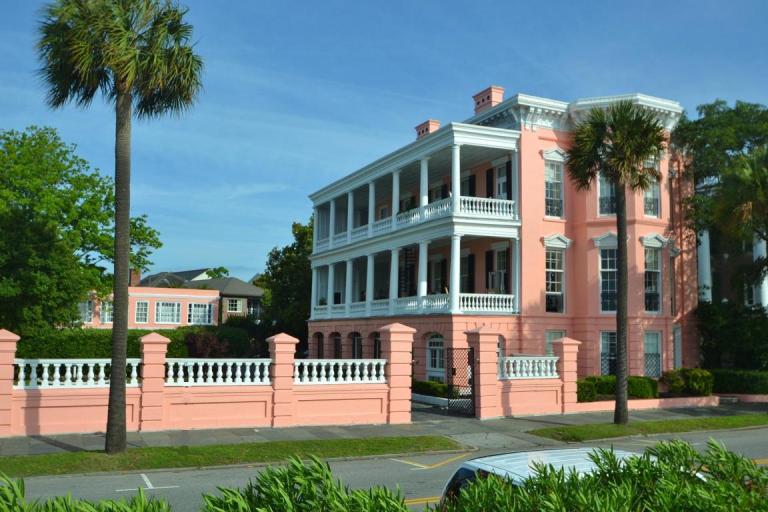 Charleston was and is home to a variety of religions and the cornerstone of St. Michael’s Episcopal Church, laid in 1752, paling it the oldest church edifice in Charleston. Charleston also has a large Baptist base as well as Catholic and Jewish congregations.

A custom house, back in the day, served as an entry focus for all things pertaining to trade  and entry into a port. This building was begun in 1853 and was completed some nine years later and to this day still serves as the entry point for Charleston trade. 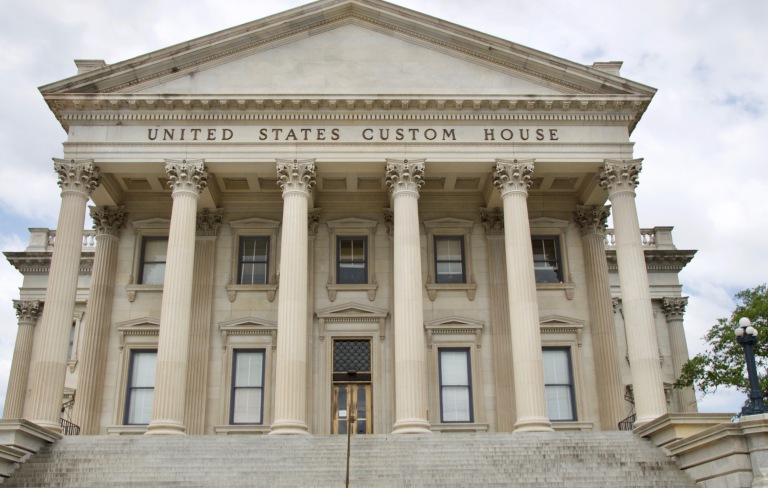 Charleston is a beautiful city that retains so much of its historical charm. It is vibrant, yet quiet, a testament to the civility of days gone by yet mindful of the southern history of a turbulent time in our country.

While South Carolina is known for its grits, shrimp, oysters and BBQ, it also lays claim to producing twice as many peaches as its neighbor to the North. I love peaches and lament daily in winter when they are unavailable. Fresh, in a pie, in a smoothie, it’s a versatile fruit and this recipe was done when we had little time to prepare a really good batch of them, so we did a slow-cooker peach cobbler. With vanilla ice cream on the side of course!  Enjoy.