Texas is a big-ass state and we went from Las Cruces to San Antonio in two long days, and really were only half way across the state.  Five hundred miles is way over our daily optimum of 150 miles, but hey, in West Texas there aren’t a lot of places to hunker down for the night. Our first stop was Van Horn, which oddly enough was where Andy’s father-in-law was born and grew up. And moved away. To Santa Fe. 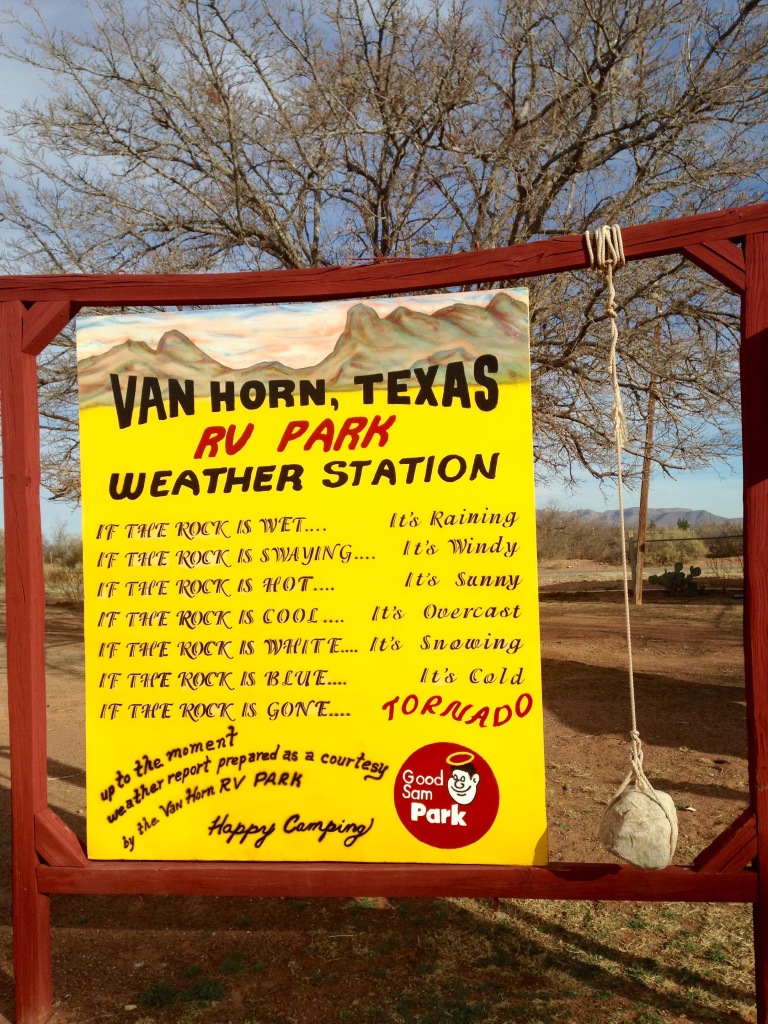 The following night we were in Junction, Texas and then got to Lake Medina outside of San Antonio. This was our first neighbor to come calling.

We spent one entire day down on the Riverwalk, a fascinating assortment of canals and waterways created out of the San Antonio River. Begun in 1938 and located well below street level and therefore impervious to the street noise above it, the Riverwalk has become a trendy place to see and be seen, loaded with bars, bistros and boats. A mall is at one end and all the major hotels are located right on the banks of the river/canal. Color, my favorite environment, is everywhere. Accessible by any number of stairways leading down from the streets above, one can wander on foot or by water taxi throughout the entire  canal system. 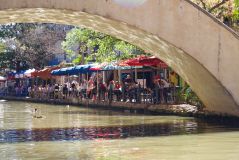 Located on the south bank of the river, the La Villita district is preserved from San Antonio’s oldest settlement dating back to the 1700’s, and today is a center for art in town, and also houses a small theater right on the river with these five bells as a backdrop. They signify the five Franciscan missions that occurred in Texas and the center bell is for Mission San Valero, the Alamo, the first and the largest of the missions.

The HemisFair Park was built for the world’s fair in 1968 and the Tower of the Americas was built as the symbol of that fair. It stands some 750 feet high and is taller than the Washington Monument and the Seattle Space Needle. It looms as an iconic backdrop to the Riverwalk.

The mall at one end of the walk…

Located near the St Mary’s bridge, this tree that grows out of the wall was started by a seed during one of the floods…

Art, history and culture of the American West is found at The Briscoe What a great place!

With a nod to the East, these pork chops are a blast of savory! As usual, get your spices from Savory Spice Shop, online or in your town. Enjoy.