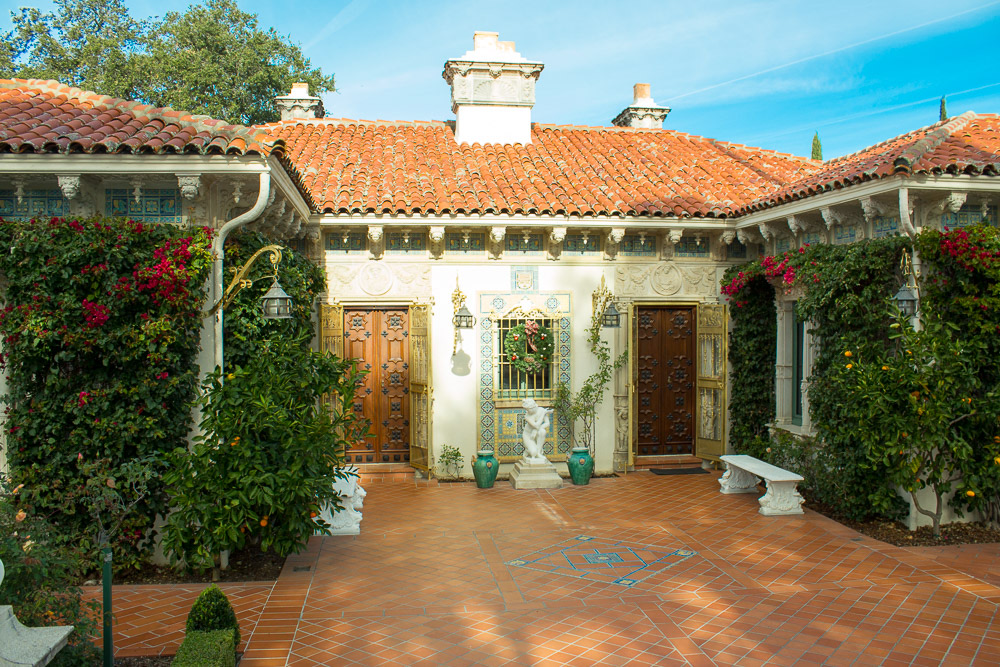 If you have never been to San Simeon, the location of Hearst Castle, you owe it to yourself to do so if you are anywhere near the area. 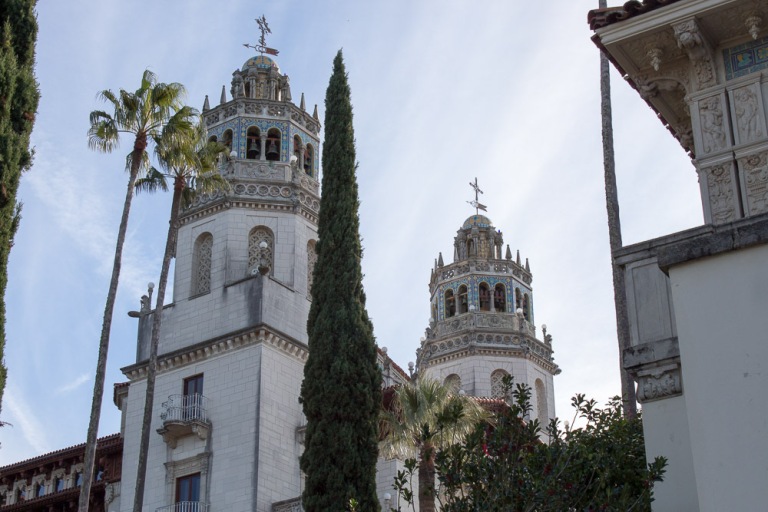 William Randolph Hearst inherited the estate upon his father’s death in 1915. Originally a 40,000 acre tract of land that the family visited every summer during William’s youth, it had no dwellings, and the family  had to hike the hill with backpacks and tents to spend summers exploring and enjoying the vast amount of land.

An incorrigible art collector from all parts of the world, Hearst stored much of his art and sculptures in warehouses spread out over San Francisco. Tired of hiking to the hilltop, actually deeming himself too old to both perform the hike and to sleep in tents, he commissioned San Francisco architect Julia Morgan to build a hilltop house that could house a vast amount of his art and antiques. It was a collaboration that began in 1919 and would last some 28 years and produce not a hilltop home but a castle reminiscent of the architecture of medieval Southern Spain.

The opulence and grandeur of the estate is unparalleled in this country and remains a testament to the brilliance of Hearst’s art collecting, to his supreme ego and the brilliance of Julia Morgan’s vision. In the 20’s and 30’s an invitation to San Simeon for a weekend was one of the most sought after gets of the time. The parties that went on became as legendary as the very people who were the guests and included Clark Cable, Carol Lombard, Charlie Chaplin, Winston Chrchill, Cary Grant to name but a few. 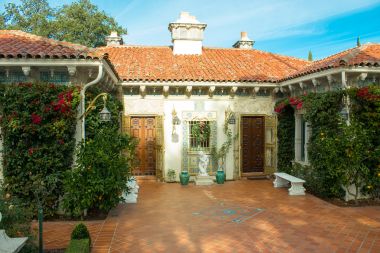 The cottages, three of them, were the first buildings on the grounds to be built and they housed the Hearsts and their guests until the main building, Casa Grande was finished in 1928. The cottages had bedrooms and bathrooms but no kitchens as all guests would gather for meals under the stars or tents along the walkways. Eventually when Casa Grande was finished guests would gather in an ante room for cocktails and then eat in the splendiferous and cavernous main dining room. 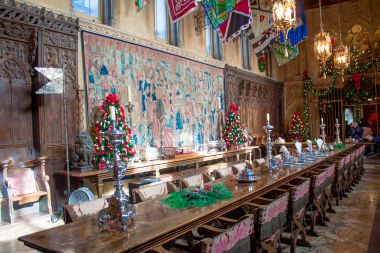 You can see that although Hearst was unbelievably wealthy he had a puritan streak in himself and his napkins were of the plain ol’ paper variety, and the condiments were nothing more than Heinz ketchup and French’s yellow mustard.

To get to the main building you can wander through the grounds and see some of the sculptures…Sekhmet might be the most impressive and is certainly the oldest with the figure on the right being over 3000 years old. 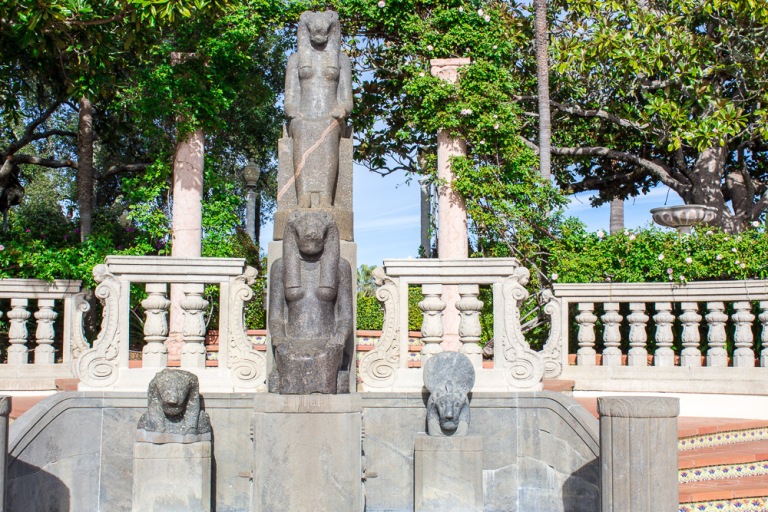 Sekhmet, the eye of the Sun God Ra, is “the mighty one”, the Goddess of the hot noontime sun, is one of the most powerful Goddesses of Egypt.  Feared as much as  respected, her fierce temper and hot blood were known to be deadly to those that did not honor her father.

She was born in some legends when Ra, angry with humankind for disrespect, ripped out his eye and threw it at the people in Memphis, Egypt. This eye then turned into the goddess Sekhmet, who in the form of a lioness, began the revenge of Ra. She set about slaughtering and butchering the humans, then drinking their blood, enjoying every bit of it. Ra, seeing this, realized that she was going to kill the human race. His first attempt was trying to calm her but she refused to listen. So instead he tricked her into drinking the River Nile that he turned red by filling it with beer and pomegranate juice.  Sekhmet, thinking it was blood, drank excessively and fell fast asleep.

To this day she is honored and respected as a symbol of the power of the feminine.  While the stories tell of excess, the message is clear – women are powerful – and can be dangerous!

This white marble statue is a copy of a famous neoclassical sculpture by the Italian artist Antonio Canova (1757-1822).THE KHARITES (Charites) or Graces, were three goddesses of grace, beauty, adornment, joy, mirth, festivity, dance and song. Appropriate statues for Hearst castle. 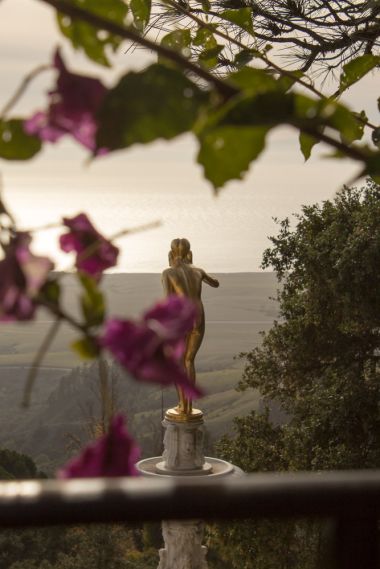 Fairy Princess about to kiss a frog is one of two statues not done in marble but rather in gold. I was trying different focus points and actually got three pretty good ones of this statue.

Another view of the ocean from a terrace just to the left of the Fairy princess.

While we were there the famed Neptune Pool was closed for refurbishing. Named for the Roman God of the Sea, it sits at 104′ long and ranges in depth from 3′ to 10′. Unfortunately it was completely screened off so I couldn’t get any pictures but here is one I pilfered from the internet.

The tennis courts sit on top of the indoor swimming pool, a magnificent work that consists of over a million Murano glass tiles, is 81′ long and 10 feet deep. Visually stunning. 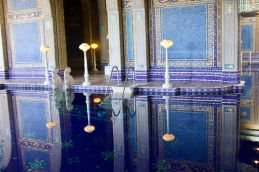 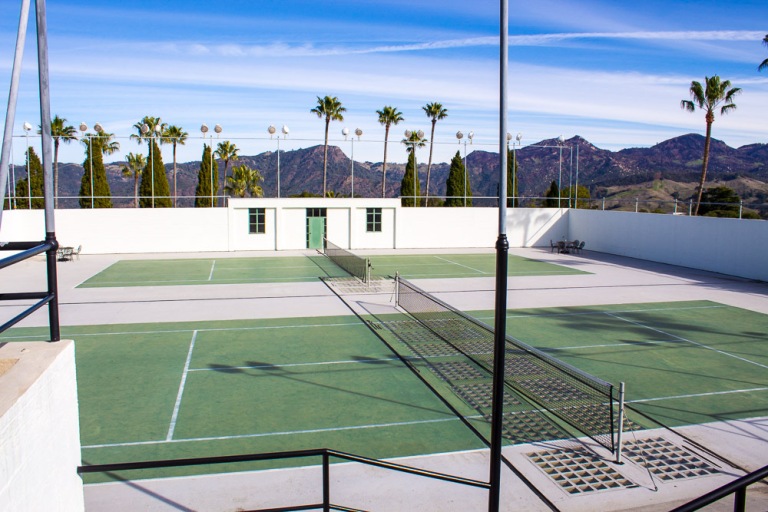 They have a variety of tours but we took two, the social rooms of the main house, and the cottages and kitchen/wine cellar.

You go down a winding staircase to get to the musty wine cellar that still house remnants of the unbelievable wine collection that Hearst amassed. A light drinker but a dedicated wine enthusiast, Hearst did not like over-indulgers and would indeed ask a sloppy drinker to leave the grounds with no chance of ever again being invited to the Castle. David Niven once cracked that at parties at Hearst Castle  “the wine would flow like glue during the meal.” There are close to 3000 bottles stored in the two-room cellar and while the bottles belong to the California State Park System, the actual wine still belongs to the Hearsts and the family will still occasionally dip into the cellar for a few bottles, drink them off-site, and return the empty bottles to the cellar for display. 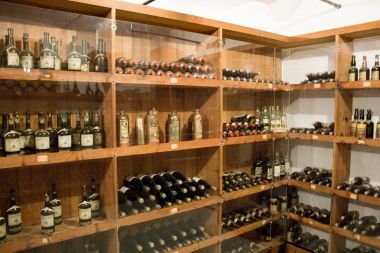 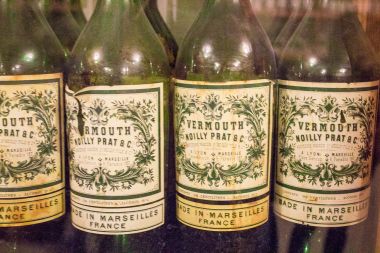 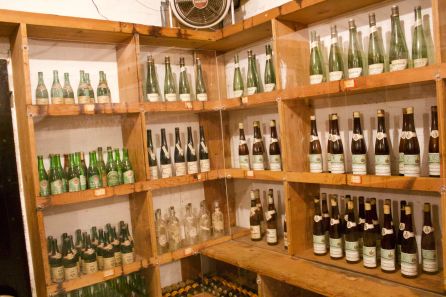 The kitchen was state of the art for the times, with refrigerators, stoves, rotisseries and ornate fixtures throughout, and capable of producing meals for up to 40 people. 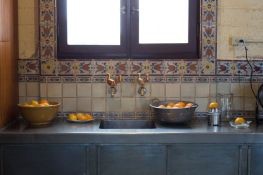 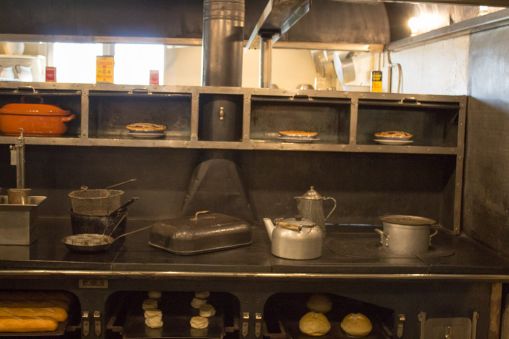 We only took two of the available tours and will definitely do the rest the next time we return to “La Cuesta Encantada,” The Enchanted Hill.

Pork chops are a favorite, and when you combine them with tomatoes, peppers, onions and parmesan you get something pretty special. Enjoy!

One Reply to “San Simeon”