Here comes another multi-recipe blog. Got to take advantage of WiFi. These are for the pasta-loving  folks of the world.

We moved 60 miles north from Nicolaus to Oroville which is located in Butte County and encompasses the towns of Chico, Paradise, and Oroville. Again, not a part of the world with which I was familiar. After the debacle at Thousand Trails, we treated our selves to a nice campground and stayed at the KOA in Oroville adjacent to the Feather Falls Casino. WiFi was good, the weather a little more bearable and the touring activities plentiful.

Oroville is home to the nation’s tallest dam, standing at 770 feet,  over a mile and a quarter along the top which you can drive across, and one of the biggest earthen dams in the country. Lake Oroville, which was created by the dam, has a shoreline of 167 miles with several marinas and lots of beautiful overlooks and great camping and fishing. A boaters paradise! 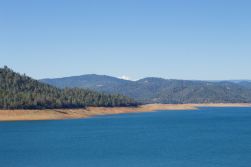 The Bidwell Bar Suspension Bridge is also found at Lake Oroville. Originally built in 1855 in what was then the town of Bidwell Bar, it was the first steel suspension bridge in California and crossed the Middle Fork Feather River. When the dam was built in 1966 it flooded out that location and preservationists arranged to have the bridge moved to its current location where it remains open to foot traffic  around a small park overlooking Lake Oroville. 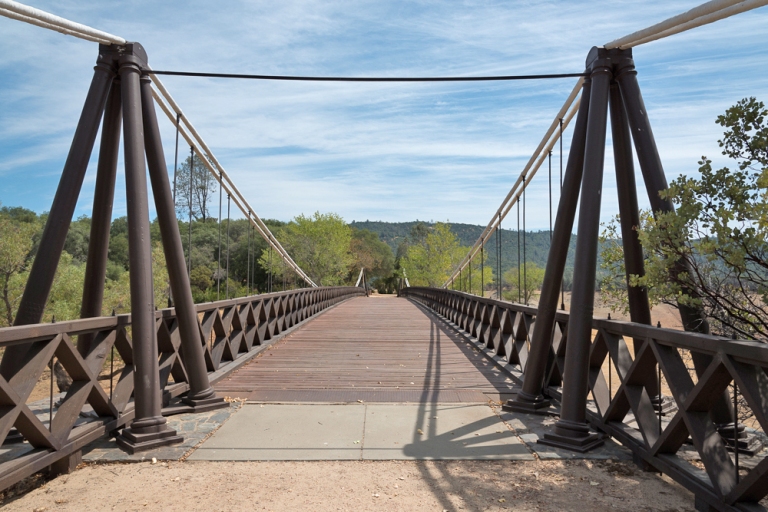 We spent a day in the Plumas National Forest which is a really pretty part of this country. One of the attractions is Bald Rock which offers a great view of the Sacramento Valley and on really clear days one can see the coastal ranges. The Maidu, the Native Americans in this area, claim the legend of a monster called Uino “who protects the middle fork of the Feather River from his dwelling atop Bald Rock”.  It was a pretty easy hike to the top despite the heat and well worth the effort once we got there. 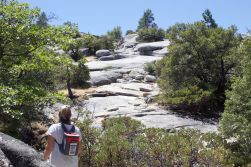 Rome is the almost birthplace of four of the best known classic pasta dishes in the world – Amatriciana, Gricia, Carbonara, and Cacio e Pepe although their origins were probably 60 miles north of Rome in the town of Amatrice. One is tomato based, the other three not, but all four “embody the pasta-laden, Pecorino Romano–laced, undeniably savory spirit of Roman cooking”.  Here’s the first. These are all good!

Further up in the Sierras lies the ghost town of Forbestown, off of HWY 162 on a dirt road. There are a couple of buildings that still stand and a store/bar that draws tourists to this once thriving gold town from the mid 1800’s. The Yuba Feather Museum and Gold Trader Flat is an indoor/outdoor area dedicated to preserving the history of this part of California dating back to the time when the Maidu Indians settled here and following the later settlers that subsequently shaped the gold and timber industries of the area in the mid to late 1800’s.  There are a lot of really interesting exhibits inside the museum.  Outside at the Gold Trader Flat is the replica of an 1870’s gold mining town, replete with a schoolhouse, jail, church, and mercantile store where Jan had her first ever Sasparilla. Open only on weekends from 12 to 4, and only during the summer, the curators put on shows depicting the life of those times that draws visitors from as far away as Sacramento. Pretty neat place. 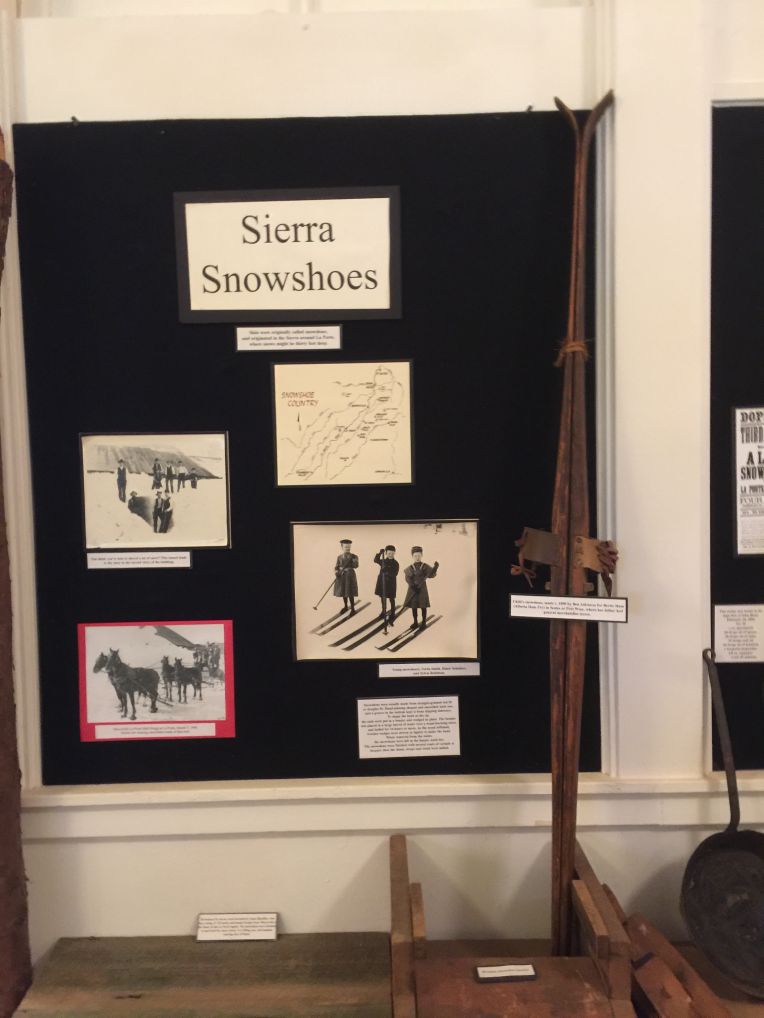 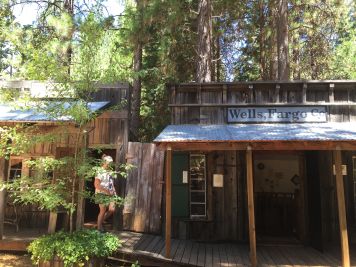 The second recipe is the first of three non tomato based classic pastas. Enjoy!

National Scenic Byways are not necessarily my friends. Often twisting roads, lots of switchbacks and “gorgeous” views–these little side trips usually result in teeth gnashing and elevated heartbeat counts. But I do them and I usually get some good photographs out of them. The Feather River Canyon National Scenic Byway was no exception. It’s a 130 mile trip on a road that was carved out of solid granite and rock cliffs, and winds its way through the Plumas National Forest crisscrossing the north fork of the Feather River. About 30 miles out of Oroville is a steel arch bridge that is “one of the wonders of construction. The 680 foot long structure is 200 feet above the river and 170 feet above the Western Pacific Railroad Bridge below. The bridge is unique in that it not only curves as it crosses the river, but it is also banked, creating a span that both curves and twists at about a five-degree angle”.  Oh yeah!

A little further up the road we came to Belden, a little town across the river accessible via a one lane bridge. There were thousands of kids floating in the river, set up in tents and RV’s  and wild music blaring. It turns out that Belden hosts numerous concerts and events through the summer and that day DJ Sean Murray was playing.  I don’t know Sean Murray from nuthin’ but his bio says he was born and bred on the San Francisco house Movement of the early 1990’s, and I still know nuthin’.  We took the Mini across the river where a nice enough chap asked if we really wanted to be there.  Open-ended questions are cool, and we did a u-turn and headed  back to the highway. The Pacific Crest Trail crosses here and my niece Nicole’s husband Ethan was and is doing the trek. Pretty impressive when you see the mountains and valleys that these adventurers have to trek across. 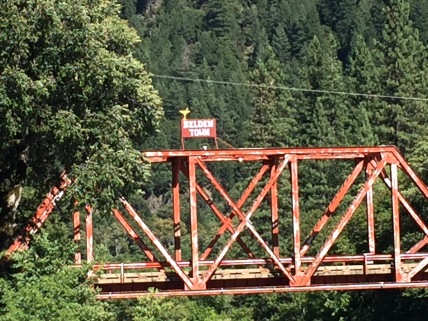 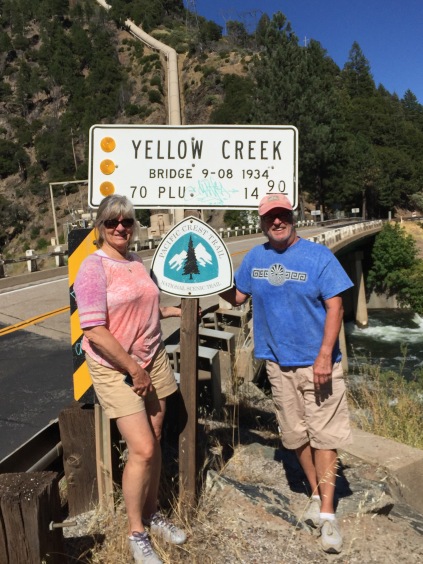 Further up this really scenic drive you come across a really nondescript two-story house that was once a stage coach stop and an alleged hideout of the famous robber Black Bart.

The rest of the drive down to Oroville took us through beautiful crystal blue lakes, the tall pines of the Plumas National Forest and small foothill communities. A really pretty part of California.

Chico,  home to Cal State University Chico, is a great little town located in Northern California complete with all the trappings of a college town while still maintaining a small town ambience. There is a thriving downtown, lots of art and music and is located centrally in the Butte County district. We went up on a Saturday for a Farmer’s Market and then walked around town diving into little shops and this not so small one – a 140 year old icon that houses one of the most complete family-owned hardware stores in the country with over 70,000 items in stock ranging from nuts and bolts to cookware, garden stuff and clocks. We bought our walking sticks there and we must have spent an hour looking around at all the swag. 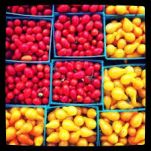 “I’ve died and gone to Paradise” so say antique collectors of the many antique shops located in Paradise. Shop after shop line the main street of Paradise, a small bucolic town nestled in the Sierras at an altitude of around 2400′. Originally lumber and livestock were the main source of work, but as time went on Paradise also became a center for apples and olives, but none of that held a candle to the discovery of the biggest single gold nugget ever found in California weighing in at a hefty 54 pounds. The surrounding area is beautiful with majestic pines and one of the prettiest mountain lakes I’ve ever seen. The Honey Run Covered Bridge built in 1894 is the only three-level covered bridge in the country and is beautifully located along the peaceful Butte Creek. 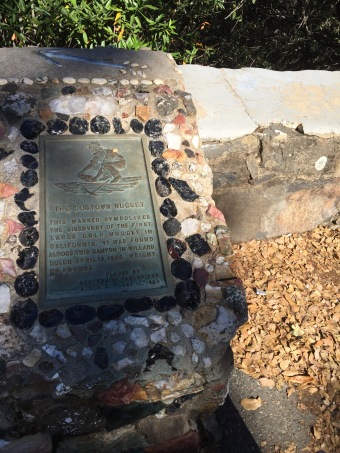 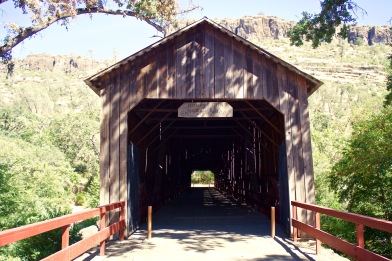 I have three or four recipes for carbonara in my repertoire but this one is a family classic. My brother Michael lived in Rome while we were living in Geneva and my younger brother Matthew and I took several trips on the train to visit him as well as driving down there. He was in the film industry in those days and was involved with the spaghetti westerns that were being churned out. It was a fun life and Michael was often the center of that fun, and we loved visiting him. This recipe has been a family classic for years, but no-one can make it as well as Michael nor make it taste quite as good as his. It’s like your mom’s pie crust recipe – you think you have it all but you know when you taste it, there is one little element missing – a dab of salt, one more pinch of yeast. Whatever.  Make this carbonara recipe – it’s a classic.