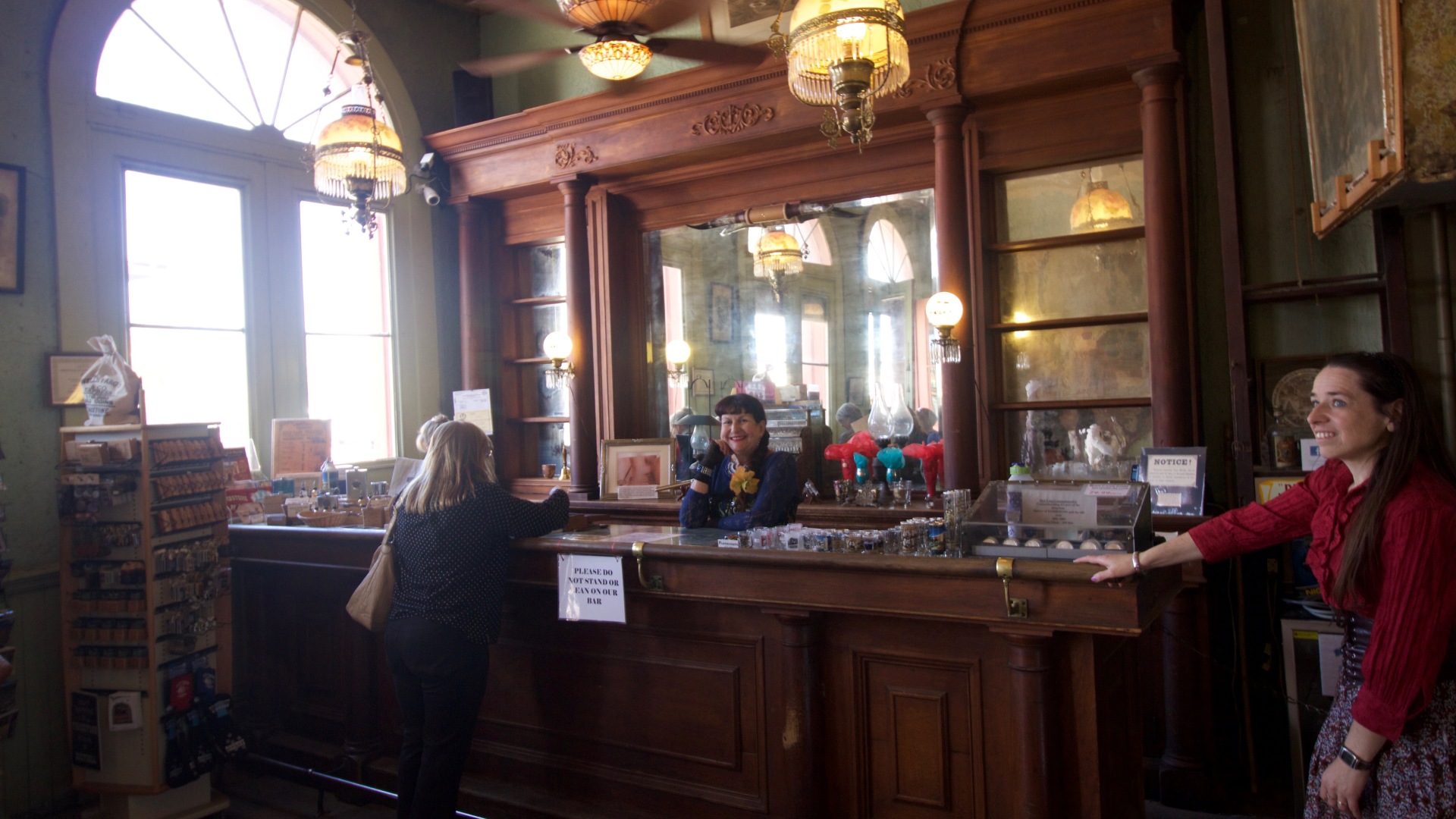 When we stayed in Yuma for the first time over New Year’s Eve (the quietest New Year’s we have ever had) we saw that Tombstone was not too far away. We decided we would definitely have to put it on our list of towns to see on our journey. We stopped there after our visit to Bisbee and in all honesty we were a little disappointed. 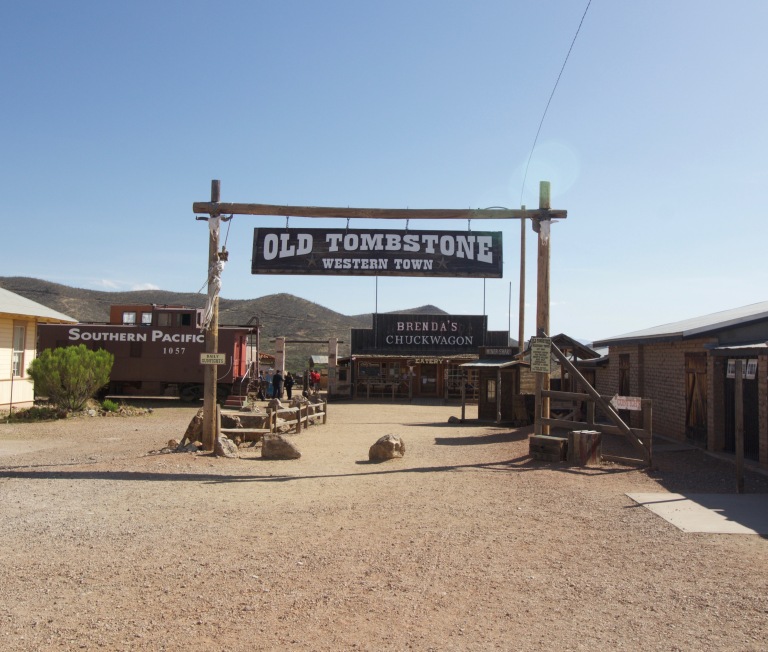 Tombstone is located in Cochise County, was founded in 1879 and quickly became one of the last frontier boomtowns in the Old West. The principal impetus behind the town’s growth was silver and in the thirteen years or so of silver production the mines yielded over 75 million dollars in silver bullion.

Commensurate with the rapid expansion of mining came the usual growth of affiliated businesses – schools, banks, newspapers and also over 100 saloons, a number of brothels and dance halls, an opera house for the gentry and The Bird Cage Theater for the miners and cowboys, described by the New York Times in 1882 as “the wildest wickedest night spot between Basin Street and the Barbary Coast”. Famed Fatima, she of belly dancer fame, plied her trade there and there still hangs a painting of her behind the bar, replete with bullet holes and knife slashes. 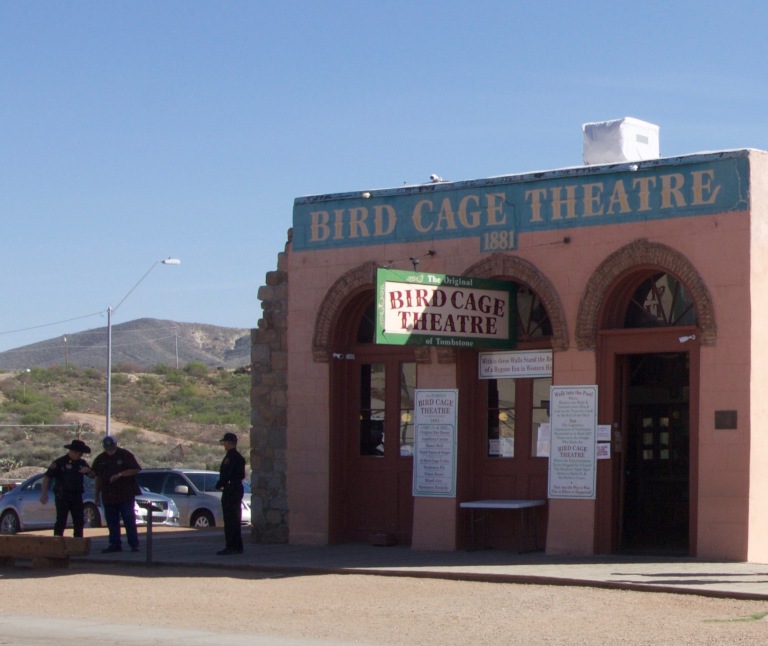 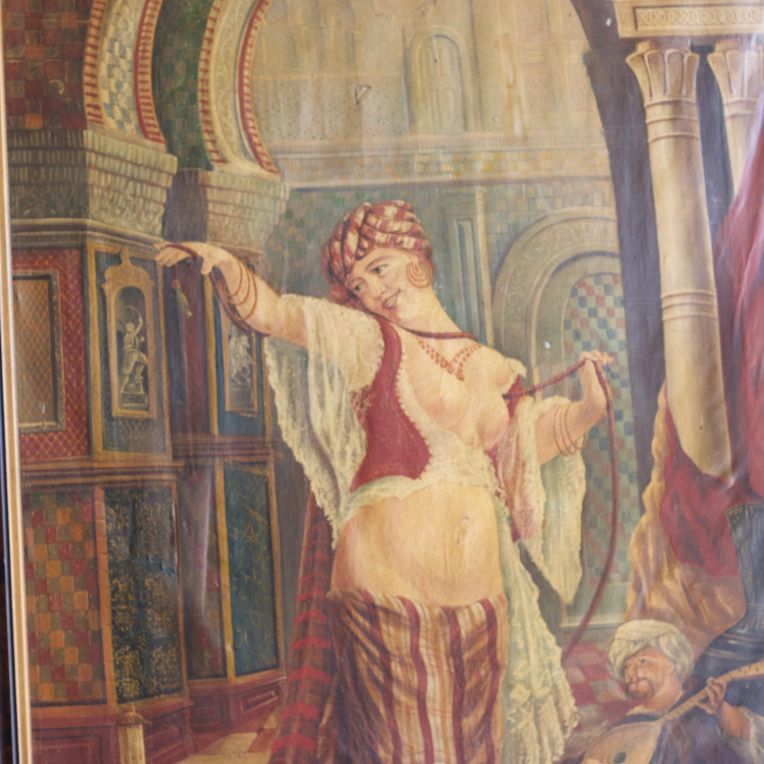 Other acts included Mademoiselle De Granville, the “Female Hercules”, Lizette, the “Flying Nymph”, and numerous other comics and musical groups. On either side of the main hall were fourteen cages or boxes that featured drapes that could be pulled as the prostitutes entertained their male friends. In the basement was a poker room that hosted the longest-running poker game in history. Play was continuous for over eight and a half years, some $10,000,000 changed hands and participants included famed poker players such as Doc Holliday, Diamond Jim Brady and Bat Masterson.

One of the few remaining saloons that do a good business even today is Big Nose Kate’s Saloon. It started out in in 1880 as the Grand Hotel, an establishment intended to cater to the wealthy with walnut finishings, toilets and wallpaper along with a kitchen that boasted hot and cold running water and a fantastic range that churned out great meals. The Earp brothers were often guests, as were the Clantons and their gang of desperadoes who actually stayed there the night before the famous fight at the OK Corral. The hotel could never quite make it on the clientele it sought and the 12 rooms soon became home to prostitutes who plied their trade with fleeting success. There were few long-term residents. Big Nose Kate was a Hungarian born prostitute who eventually made her way to the boomtowns of the Old West and hooked up with Doc Holliday, allegedly marrying him and then throwing him under the bus when coerced into identifying him as the murderer of some nee’r do well. Once she had recanted her story Doc Holliday promptly dumped her but not before the gunfight at the OK Corral which Big Nose Kate witnessed from a second story window. The rest of her life was a discouraging tale of depression and the Grand Hotel had a similar demise, burning to the ground in a devastating fire that took out much of Tombstone. Only the foundation remained and the current saloon named in her honor was built upon the foundation that remained. It was a hopping place the day we were there with waiters dressed in western garb, a singer and a great bar. There were other aptly named saloons a few of which still stand today.

One of the bigger disappointments of Tombstone was the fact that the Gunfight at the OK Corral actually took place in a vacant lot behind the OK Corral at the end of Fremont Street. Wyatt Earp’s brother Virgil  was the marshal of Tombstone, and Morgan, another brother hung with his other brothers. Truth be told it seemed that they too were known for being power hungry and ruthless. The Clantons and McLaury’s were ranchers who lived on the outside of town and were well known as cattle rustlers, thieves and murderers. 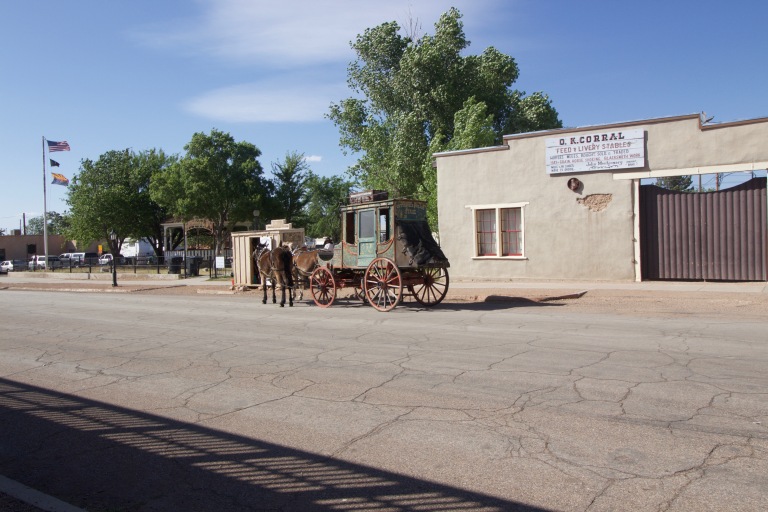 Ike Clanton and Tom McLaury came into town on the morning of October 25 for supplies and had several violent run-ins with the Earps. The next day, Billy Clanton, Ike’s brother, and Frank McLaury  came into town along with a friend Billy Claiborne. Apparently they ran into Doc Holliday in a saloon who informed them that the Earps had pistol whipped their brothers the day before. Vowing revenge they ran into the Earps and Doc Holliday in that vacant lot. The ensuing gunfight lasted no more than 30 seconds at the end of which Billy Clanton and the McLaury brothers were all dead, and Virgil and Morgan and Doc Holliday all sustained serious but non fatal injuries. The other two gang members fled for the hills, and the Earps and Doc Holliday were subsequently charged with murder. A month later they were found not guilty by a Tombstone judge, ruling that they were “fully justified in committing these murders”. Truth is often stretched and the gunfight has been immortalized in numerous movies including Frontier Marshal in 1939, Gunfight at the OK Corral in 1957, Tombstone in 1993 and Wyatt Earp  in 1994.

A few other images of Tombstone that are typical of the town today – a tourist destination with a few “authentic” saloons, numerous gift shops, a couple of stagecoaches that one can ride for a pretty penny and some acts that are presented in various locales. 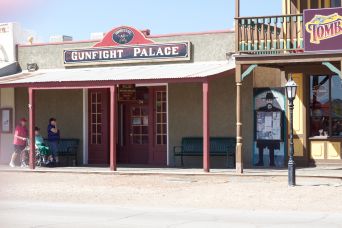 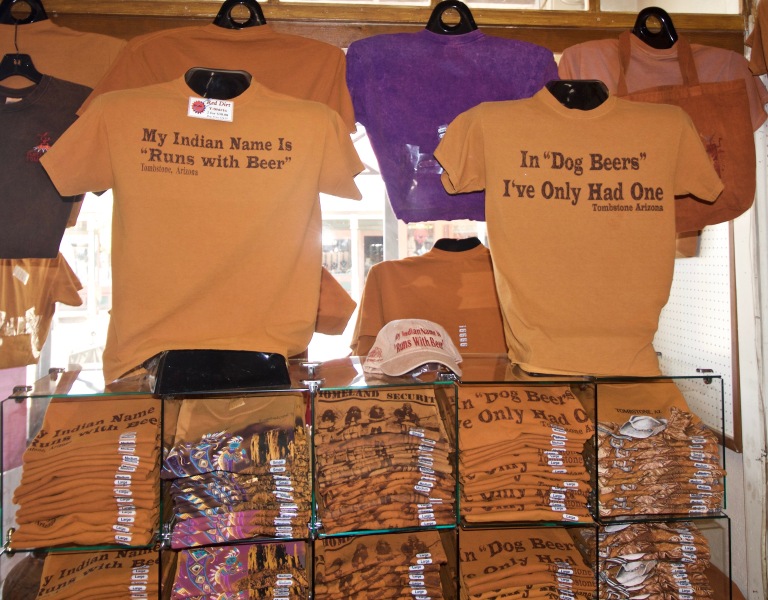 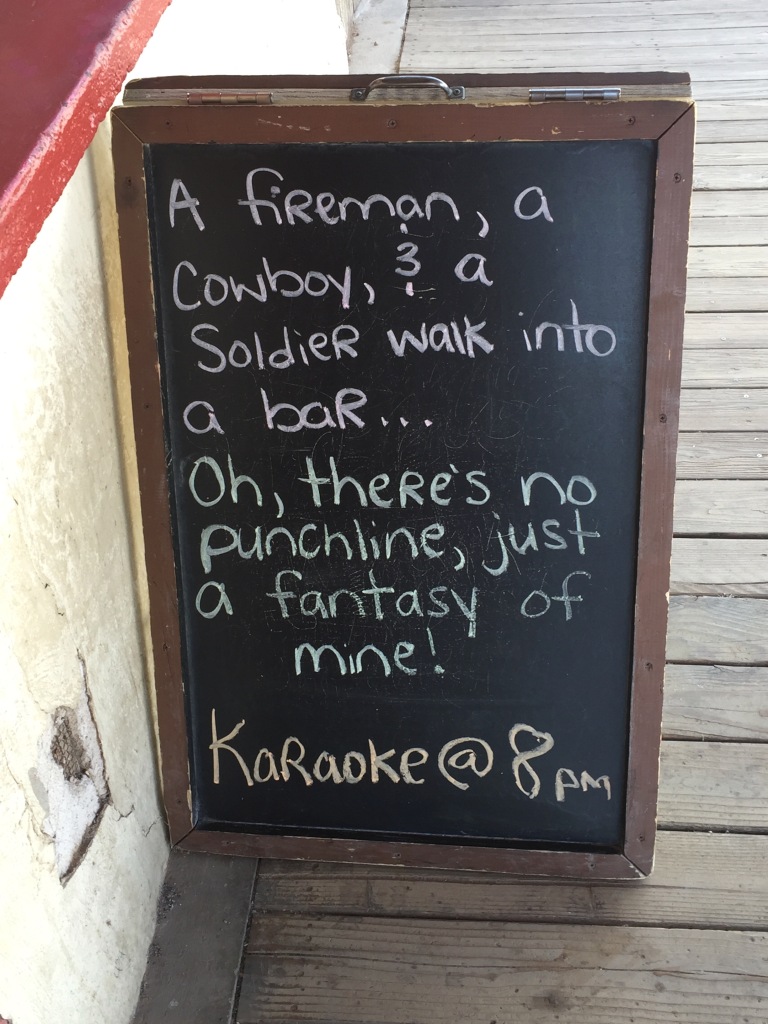 Fuse a good pork tenderloin with asian spices and sauces and you get this…Enjoy!

One Reply to “Tombstone”